The first edition of CBAM Summit saw an insightful fireside chat between Kross Komics co-founder and CEO Thomas Kim and Animation Xpress CEO and editor in chief Anil Wanvari talking about the Korean and Indian comics market in Augmenting the Kross Culture.

Kim mentioned that 90 per cent of Korean comics market has transitioned to digital with webtoons becoming a sensation and being a billion dollar+ industry. He said, “The only challenge is to retain enough readers/subscribers on the platform and have enough good artists to tell good stories.” Webtoons consist of 80 to 90 per cent of comics market in Korea.

Kim informed that Kross Komics is further delving deep into the Indian market with the company shares being acquired by Kakao (FB of Korea) after getting an amazing response. 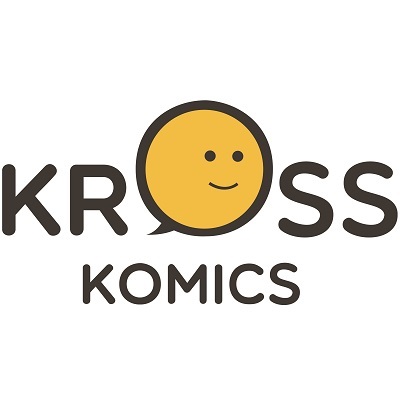 “It’s the first app in India to bring Korean, Japanese and some American comics to India. We have 100 titles and two million downloads as of now. We’re looking at having five million downloads by the end of this year. The thing that stands out is that we have different artists who want to create something unique and not similar to Marvel and DC Comics, and they can write on the platform even if they don’t have a publisher. If the story has readers, it’s good for us. The K-Pop, K-Webtoon, K-Drama wave has augmented that scenario,” he added.

He also noted that the company is looking at more Korean adaptations in India like Teen (starring Amitabh Bachchan) and vice versa, taking Indian content and creators out on a global platform. In fact they have just finished shooting Blind (Kross Pictures’ fourth Indian film production) with Sonam Kapoor in Scotland.

“There’s scope for local creators as we are very much open for collaboration and take that out to Korea, Japan, and the US. Good stories work anywhere and there’s certainly a market of Indian content, great potential and talent pool. Just make sure your work, the quality of your craft speaks out for you,” he commented.

Kim also informed that all content on Kross Komics is free after certain hours (i.e. a next episode is available for free after 12 to 24 hours) but if one has to read immediately, users have to pay three to five rupees per episode. The paid  numbers are quite good.

Kim further announced before signing off, “We are planning to launch a second version of the app in August and bring in 30 super titles in it. We will do more marketing in India and look forward to collaborating with local Indian comic artists in the mid to long-term. Webtoons are read vertically and it may be a challenge for Indian artists to get used to. Usually, webtoon titles comprise of 50+ episodes, and readers can read episodes on a weekly basis. So the storytelling becomes important.”