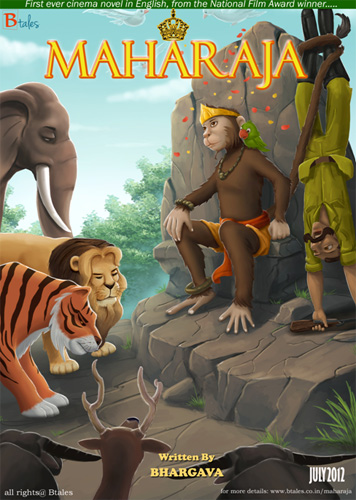 Hyderabad based Btales, content creators for Film, Tv, Internet & Comics have conceived Maharaja, their new and soon to be released Cinema Novel.

Slated for Worldwide Release in July this year, this 175 pages Cinema Novel “MAHARAJA” is an authentic screenplay written by Bhargava, who is also famous as the creator of ‘Kittu’, an animation feature film made in Telugu. Till date, Bhargava has produced five feature films under his banner Bhargava Pictures.

Maharaja is published by Btales Founder/Writer & Animation Director Bharavi. Associated with Ra.One as a VFX Line Producer, the Writer of couple of episodes of the famous Chhota Bheem Comic Series of Green Gold Animation, Bharavi aims to create kids content with a national brand identity in terms of storytelling, characters and style of animation at Btales.

MAHARAJA is a tale about identifying the true hero inside each one of us. It questions the basic premise of mankind’s ruthlessness to nature. The story circles around the adventures of a young dynamic, bold, helpful, intelligent, honest & smart monkey, Nandu, who dreams to become king of the jungle by changing the forest laws. Nandu stands up for the new generation and hints that its time to change the rules and take charge.

Other Characters include Rudra, a good natured Lion King, Deva,son of the Lion king, who strongly believes that he is the natural king and born to rule, Mola, a crocodile and the king of the water animals (kingdom of the water), Sampathi, a vulture, the king of the birds(kingdom of the sky) and Kansa, a human being, who has a chemical factory adjacent to forest which was built illegally and also who encroaches the forest land and wants to build an entertainment hub in the forest area.

Speaking on the idea of a Cinema Novel, Bharavi, Founder, Btales shared, “Cinema novel follows a screenplay narration style, less verbose and fast paced which makes the readers entertained more while they read and it becomes easy to visualize the scene as if they are watching a film. The intention behind generating a Cinema Novel is to bring to the audience a refreshing and rare way of demonstrating a story.MAHARAJA talks about the qualities of a leader. Now a day’s everyone talks about leader and leadership. To me, kids are kids and leadership starts early. Leaders are not born but made of ultimate qualities of Sacrifice, Courage, Honesty and friendship & this is what MAHARAJAmessages.”

The Target Audience of Maharaja is kids aged between 5-15 years.  Maharaja relates to every person who has the heart to help his fellow beings, to sacrifice for them, to raise the voice against the injustice, to step forward towards the obstacle for the sake of greater good and the zeal to serve the motherland and who has the right dream and always pursue for that. 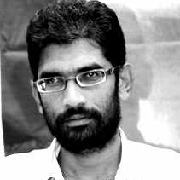 ‘Maharaja’ is my dream and there are many aspects which incited this dream starting from environmental pollution to global warming, deforestation to animal rights exploitation; from leadership scarcity in politics to the hereditary as the obvious qualification to be a leader; the separation in the name of place, caste, creed etc;  from Ramayana and Mahabharata which echoed the courage, and righteousness and sacrifice from the stories of Lord Sri Rama, Ranthideva, Karna and Shibi and many more.”

Btales aspires to sell around one million copies of Maharaja in a year. Also, the book will release in all Major Indian Languages and International languages, French, German & Arabic at a later stage & also be sent to the major literary festivals and forums.

As the story of Maharaja directs many contemporary issues such as the need of real leader as against to hereditary politics, animal protection and man-made environmental imbalance, Btales Plans to tie up with NGOS, Schools, Celebrities, studios and individuals in the promotion of the book. Maharaja Novel will be available at major book stores and the distribution talks started with all major book distribution networks and online portals.

Adding further, Bharavi shared, “Indian Animation Industry lacks animation writers. For our industry to grow, we need original content to create a mark. It’s essential to create crisp content and vivid stories to engage, enrich and entertain our kid audience, Keeping this element in mind, Btales is all set to redefine the Kid’s Entertainment Industry in India & I believe Maharaja is the first step to it .We are looking forward to provide content  to the studios and are open to all collaborations”