Winsing Animation’s upcoming animated film, Diary of Dinosaurs will hit big screens on 1 May, 2021 in China. This 90-minute feature film is a mixture of comedy, adventure and action. It revolves around a family of herbivorous dinosaurs who try to defend their homeland.

The official synopsis reads: Woody, a star agent internship, is travelling from the future to find his senior partner. In such a strange world, he meets Yaya and gets her guidance and help. During this journey, Woody finds that Yaya is the endangered species of dinosaurs. Meanwhile, Yaya and other herbivorous dinosaurs are suffering from the invasion of the carnivorous dinosaurs. Fear only leads to Yaya and her fellows keep running away from their endless harassment. However, Yaya is greatly influenced by Woody’s braveness and finally overcomes her inborn fear and makes a decision – firmly stands her ground just like her father when the carnivorous’ invade next time. 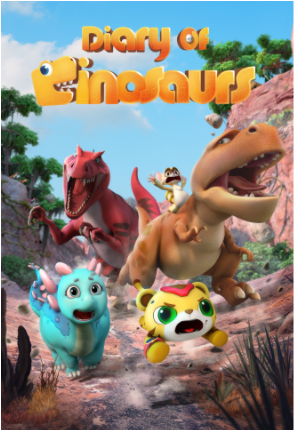 With avid experience in IP development and production, Diary of Dinosaurs is the seventh feature film created by Winsing. In the future, Winsing is focusing on creating more and better contents and bringing more fun to the audiences at home and abroad.