Another teaser of the upcoming DreamWorks Animation feature ‘Puss in Boots’, was released recently. The teaser “He‘s So Legendary…” has some really funny and quirky lines describing the feline protagonist, one of them being ‘Curiosity tried to kill him once, then apologized and politely left.”

‘Puss in Boots’ a spin off prequel of the Shrek franchise releasing worldwide on 4 November 2011, also happens to be the first full length CGI feature to be worked upon by DreamWorks Dedicated Unit (DDU) at Bangalore, India.

Puss in Boots is directed by Chris Millerand and the voice cast includes Antonio Banderas, Salma Hayek, Zach Galifianakis, Billy Bob Thornton, Amy Sedaris. The script is by Tom Wheeler and David H. Steinberg. The story is – way before Puss ever met Shrek, our suave and furry feline hero goes on a swashbuckling ride, as he teams with mastermind Humpty Dumpty and the street-savvy Kitty to steal the famed Goose that lays the Golden Eggs. 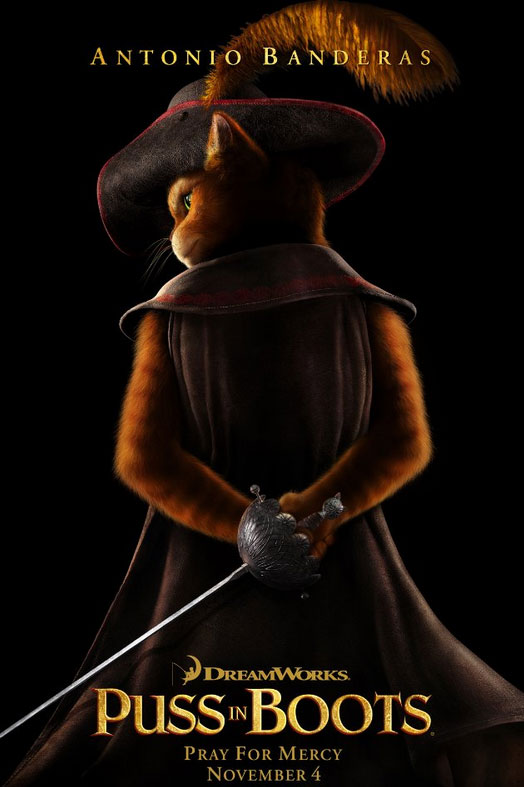