The trailer of animated film, BigFoot Family, sequel of Son of Bigfoot has been released.

Directed by Jeremy Degruson and Ben Stassen, BigFoot Family picks up after its predecessor and follows Bigfoot, Adam’s father, who wants to use his fame for a good cause. 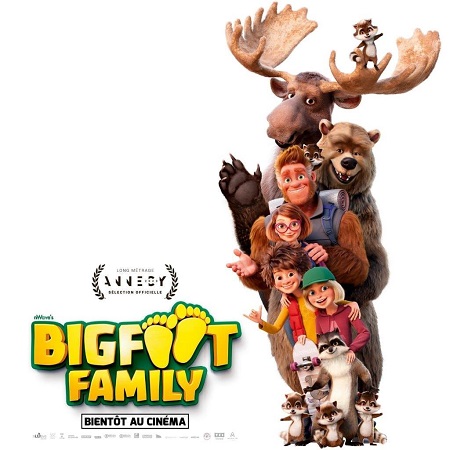 The official synopsis reads: In order to protect a large wildlife reserve in Alaska from an oil company, Bigfoot sets out on his good deed. When he mysteriously disappears without a trace, Adam and his animal friends will brave anything to find him again and save the nature reserve.

Produced by StudioCanal in France and animated by nWave Pictures in Belgium, the script of BigFoot Family is penned by Bob Barlen and Cal Brunker. Though no official US release date has been announced yet, reports suggest that it is scheduled to be released on 5 August, 2020. But given the scenario of the pandemic and worldwide lockdowns, the date is expected to be pushed or the makers might go for a direct-to-digital release.