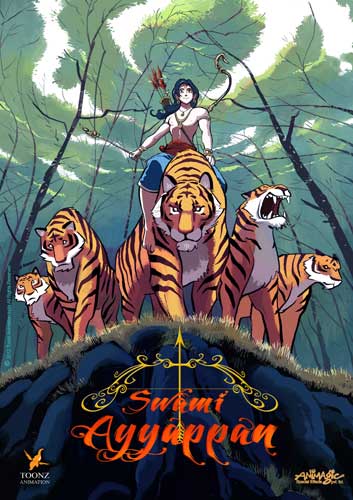 Toonz Animation India Pvt. Ltd. in co-production with Mumbai based Animagic, creator of the award winning TV feature; TRIPURA is at the finishing edge of its new 75 Minutes Animation feature ‘Swami Ayyappan’ based on the life story of a boy ‘Manikandan’ who became one with God worshipped by millions.

‘Swami Ayyappan’ is slated to premier on national TV channels and subsequently distributed as DVDs during the upcoming Sabarimala season in various languages like Malayalam, Tamil, Telgu & Kannada. Sabarimala is a place of pilgrimage that welcomes devotees irrespective of religion, caste or creed. 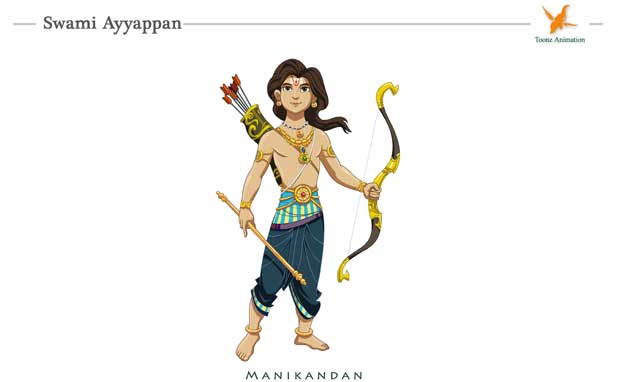 The film follows the life of young Manikandan, believed to be born out of the union between Lord Shiva and Vishnu in his Mohini avatar. His life at Pandalam Palace, childhood days at the gurukul and the miracles he performed are all portrayed in the film. It also depicts Manikandan’s fight with Udayana, the slaying of the demoness Mahishi and the instances that lead to his friendship with Vavar, a robber from Turkistan. This friendship is considered to be the epitome of religious tolerance till this day. Once the purpose of his embodiment is fulfilled, Manikandan gets united with the idol in the Sabarimala Temple and is hence forth known as ‘Swami Ayyappan’.

Speaking to Animationxpress.com about the movie, P Jayakumar, CEO, Toonz Animation India Pvt. Ltd. said that, “The film has the right mix of fantasy, action, adventure, mythology and history and is sure to delight audience of all ages. More than being a film on a mythological super – hero, it is the message of religious tolerance and secularism that ‘Swami Ayyappan’ highlights”.

Elaborating more on the film Chetan Sharma, CEO, Animagic shared, “Animagic is pleased to participate in this beautiful project with Toonz. We enjoy telling stories from our roots and the legend of Ayyappan is a fantastic opportunity to serve that purpose humbly! Ayyappan is revered by millions and is a great role model for young children in his compassion, kindness and humility inspite of being, well –a God!  We hope this film will become the definitive retelling of the story of Ayyappan for the small screen”.