Fanboys (and girls) around Asia can tune in to a new world of breath-taking animation and non-stop action when Toonami launches on screens on December 1. A truly multiplatform experience, Toonami goes beyond the typical barriers of a traditional TV channel – this is a brand created for fans, by fans.

“Toonami’s launch bringsTurner’skids and entertainment brands to the next level. Interactive tools make it possible to really push the limits of fan engagement and redefine viewing around the region.” 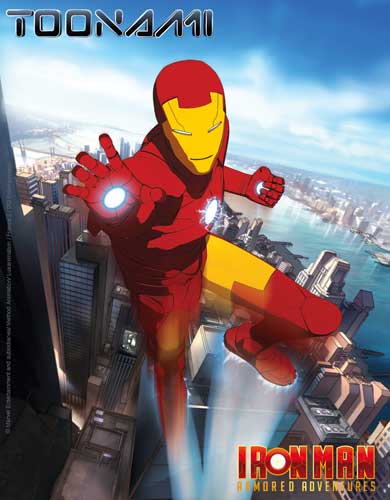 Viewers will be actively encouraged to submit story ideas and participate in competitions to ensure their voice becomes an integral part of the overall Toonami experience. Apps, games and websites complement TVcontent to create a cross-platform ecosystem. To kick off Toonami’s launch, budding science-fiction writers can play an active part in the channel’s origins which centers on NAMI, a lifeform from the future. In December and January, fanboys and girls will be able to submit their own ideas as to how to complete NAMI’s story.

Toonami is an action destination designed for viewers seeking a full tilt, over-the-top, rollercoaster ride of adventure, quips, drama and a whole lot more. The multi-language channel will feature an expansive line-up of top-rating series including Young Justice, Batman: The Brave and the Bold and Dragon Ball Z.

Toonami is Turner’s latest extension to its growing portfolio for younger audiences, which includes Cartoon Network, POGO, Boomerang and Cartoonito, also set for its debut in Asia on December 1. Toonami will initially be available in markets including Indonesia, Philippines, Vietnam, Thailand, Hong Kong, Singapore and Taiwan.