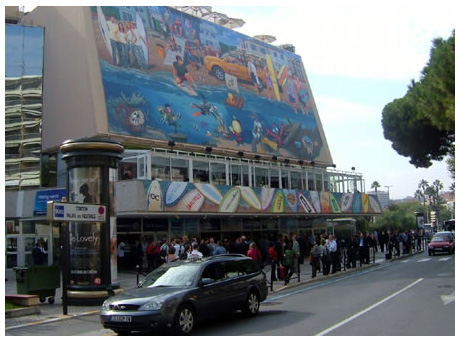 Currently under way at the Palais in southern France, MIPCOM, the MECCA of the A/V content devout, has over the years, attracted a growing rate of Indian participation.

As India’s animation industry grows, and newer players tread the turf, one of the most attractive and practical solutions for them to reach out to the world markets is MIPCOM.

Shortly before leaving for Cannes, Applied Gravity CEO Satya Murthy told Animation ‘xpress, “This year I have a special mission for Cannes. I seek to close a co production deal on a 3d feature with a french partner. That is my focus. Also since our front end office is based out of New Zealand, I have recieved invitations from the concerned organisations who are arranging co production treaties between NewZealand and Asian countries.”

MEL CEO Rajesh Turakhia said,”My dairy is choc-a-bloc with meetings. I have close to 50 meetings scheduled and I think gradually India is getting on the map at MIPCOM”

CGI Mantra’s Vinit Karnik stated,” We are a relatively new studio, we look forward to MIPCOM as that is an ideal platform to reach out to the International markets and make them aware of our existience. Besides, over a period of time we have been corresponding with a lot of studios abroad, this is an economical way to meet all of them at one place.”

Crest’s Madhavan remarked,”In our field we are away abroad on business 20 days a month, MIPCOM is something which all players look forward to”

Jadooworks is not sending a rep at MIPCOM this year. Marketing manager Raj Iyer said,”We are busy with some production work that we are doing for wild brain. So we decided to opt out this year”

He further informed that they were in the midst of setting up a separate illustration department which would offer services to the international comics industry.

Escotoonz AD Mehta stated, ” MIPCOM is a meeting place for the industry. We have a number of meetings lined up. Some are with existing contacts, some with new ones. It is an ongoing process. India of late has developed a great brand image, Escotoonz too has a great reputation which we look to enhance at the markets this year”

Look out for a detailed report on how the Indian team fared at MIPCOM in the next issue of Animation ‘xpress.