Scholastic Entertainment is teaming up with Mainframe Studios to develop and produce an animated horror series, JumpScare. It will be based on four stand-alone Scholastic books along with an original story from Man of Action Entertainment, the American writer collective behind Ben 10. They will write and develop the project.

“The horror genre continues to be extremely popular and is always among our bestsellers. These four titles lend themselves perfectly to layered stories of personal discovery, filled with suspense and surprise twists and turns to keep readers on the edge of their seats,” Lucchese said in a statement. 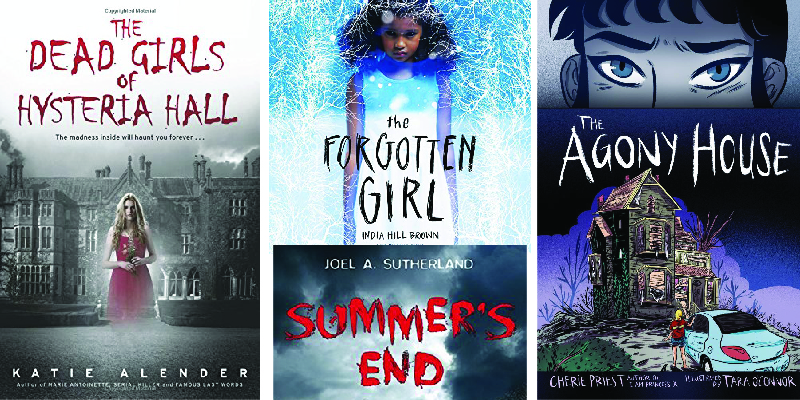 The four Scholastic books that will be adapted for JumpScare are Summer’s End by Joel A. Sutherland, Agony House by Cherie Priest and illustrated by Tara O’Connor, The Forgotten Girl by India Hill Brown and The Dead Girls of Hysteria Hall by Katie Alender.

“We are delighted to work with our great partners, Scholastic Entertainment and Man of Action, to continue pushing the boundaries of Mainframe’s storytelling,” said Hefferon.

Aimed at viewers of ages eight to 12, each episode of the series will be created in a different animation style to match the tone of the respective story. Though the series is based on stand-alone stories, they all exist within a shared universe and will ultimately be connected.

Little added, “Each of these haunted, atmospheric stories features kid characters who use their brains, courage and friendships to fight supernatural forces. These are the kinds of stories that kids share and dare each other to watch.”

Scholastic Entertainment is also developing TV and film adaptations of some of its most iconic iconic stories, including films based on Clifford the Big Red Dog, a live-action The Magic School Bus starring Elizabeth Banks and the YA book series Caster.