After the success of its first season which featured 13 episodes in 2010, the second season of ‘The New Adventures of Hanuman‘ returned to POGO on July 3, 2011. This 2D animation TV series is produced and executed by Percept Pictures for Turner‘s popular kids and family channel – POGO. 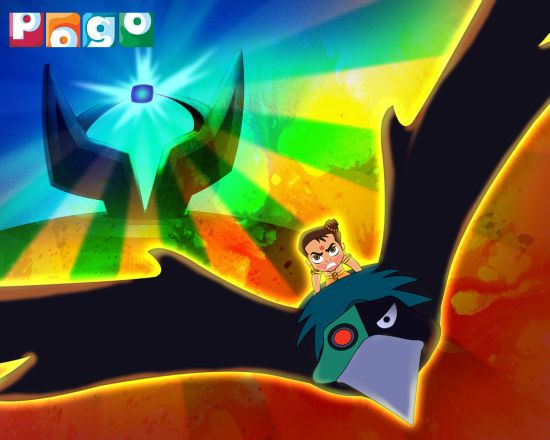 ‘The New Adventures of Hanuman‘ is about Maruti, an ordinary boy in a small sleepy town called Pawanpur. Maruti‘s life changes when he discovers a ‘Mace‘ locket which fell from the skies. Since it originally belonged to Lord Hanuman, it turns Maruti into Bal Hanuman and he uses his super powers to vanquish evil and protect the innocent.

“After the success of its feature films ‘Hanuman‘ and ‘Hanuman Returns‘, Percept

Pictures has extended the Bal Hanuman legacy on to the small screen with POGO. After the successful television premiere of the first season on POGO in 2010, ‘The New Adventures of Hanuman‘ are back this year with 13 all new episodes of the second season on POGO and it doesn‘t end here…this new season will be followed by a tele-film too,” said Sarita Patil, Head-Feature Films, Percept Pictures.

Krishna Desai, Director Programming South Asia, Turner International India Pvt. Ltd., said, “Promoting India‘s rich story telling heritage and acquiring Indian animation is part of our Desi Toons strategy. Across India, Bal Hanuman is adored by kids and adults alike and now the new animated series, ‘The New Adventures Of Hanuman‘ on POGO offers another great reason for families to spend quality time together. We look forward to the second season of ‘The New Adventures of Hanuman‘ and our continued association with Percept Pictures”.