It follows the adventures of a six-year-old Hank and his best friends Donny the raccoon, Walter the black bear, and the big green trash-collecting machine Trash Truck.

The project is already personal for Keane. His son Henry provides the voice for Hank. In addition, Glen Keane (Tarzan, Beauty and the Beast, The Little Mermaid, Over the Moon) serves as the show’s executive producer and also the voice for both Hank’s grandpa and the Trash Truck. 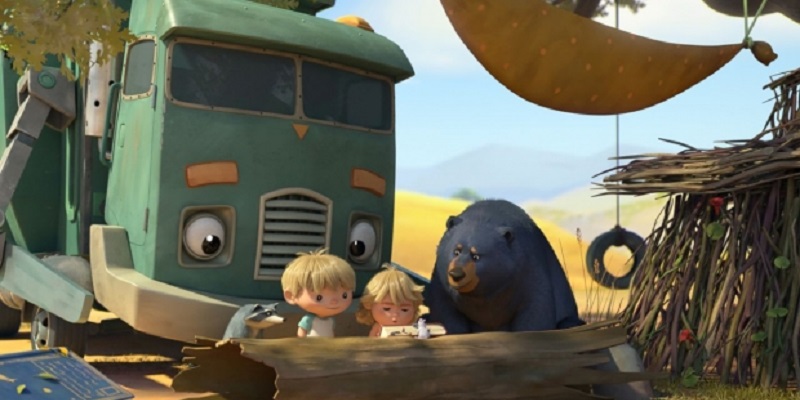 “It’s definitely like my family’s time capsule,” says Max Keane, who voices Hank’s father in the show while his wife Megan Keane voices Hank’s mother. “I’ve gotten really lucky and been able to make a show that means so much to me, with people I really care about and love. Glen, my dad, is always talking about the importance of thinking like a child and being connected to that point of view. It’s what helps cultivate imagination, and to keep that thing alive.”

The voice cast also features Brian Baumgartner (The Office) as Walter, Olive Keane as Olive, Lucas Neff as Donny, and Jackie Loeb as Miss Mona.
The 12-episode first season premieres on Netflix on 23 October with Rim and Peilin Chou of Pearl Studios, serving as producers.