Netflix has revealed a slate of animated specials, limited series, and features to be released in 2021. After teasing their 2021 movie lineup, the streaming giant revealed new animated titles we can expect to stream later this year.

A Winter’s Tale from Shaun the Sheep is a Christmas special all about the iconic sheep’s seasonal adventures. “Prepare for a ‘Santastic’ adventure as everyone learns the true value of Christmas!” Netflix teased.

Wish Dragon, a Sony film from Jackie Chan, follows Din, an ambitious college student who teams up with a powerful, wish-granting dragon named Long. Together, they set off to find Din’s friend, Lina, embarking on a journey that takes them through Shanghai on an unforgettable adventure. 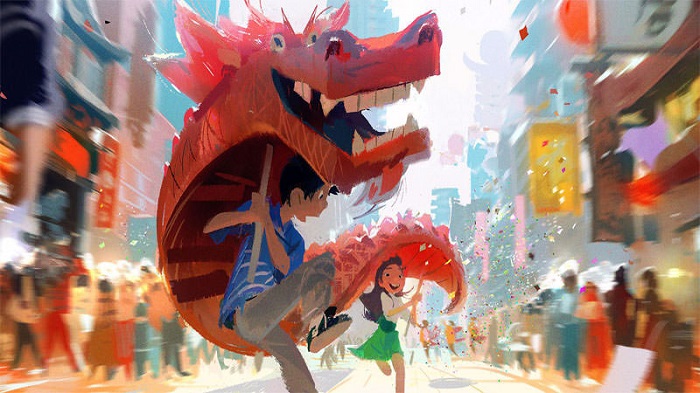 In The Loud House Movie, Nickelodeon’s Loud Family travels on a vacation to Scotland, where they find out that they’re descendants of Scottish royalty.
Robin Robin, from the creators of Wallace and Gromit and Chicken Run, tells the story of Robin, a bird who finds a new family in a group of mice when her egg rolls from her nest and into a dump. “Robin sets off on the heist to prove to her family that she can be a really good mouse – but ends up discovering who she really is,” Netflix said.

Back to the Outback takes place in Australia, where a group of zoo animals escape from the reptile house in search of a new home where they won’t be gawked at by human onlookers every day.

Along with these, other titles expected to release on Netflix are Arlo the Alligator Boy, Maya and the Three, Robin Robin, Rise of the Teenage Mutant Ninja Turtles: The Movie and Trollhunters: Rise of the Titans. While Netflix didn’t reveal specific dates for the upcoming releases, some of them are expected to roll out on the platform in the coming months.