Netflix has taken up the distribution rights to Mexican animated adventure fantasy film, Xico’s Journey (El Camino de Xico – 2020), which is arriving on the streamer on 12 February 2021.

Launched in cinemas in Mexico in November 2020, the animated feature film will be available in Hindi, English, Arabic, Polish and Spanish languages.

Xico’s Journey is a story about good vs evil featuring three best friends hoping to stop an evil corporation taking over something that holds significant cultural value to make a quick buck. The official synopsis reads: A girl, a dog and her best pal set out to save a mountain from a gold-hungry corporation. But the key lies closer to home, with her sidekick pup, Xico. 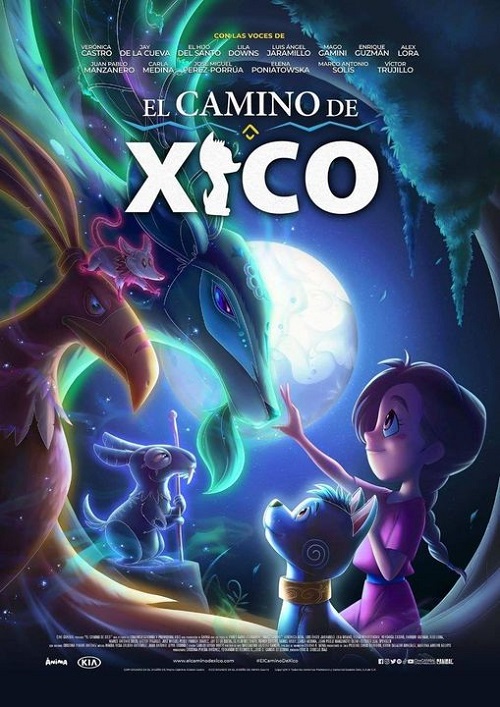 Mexico’s Anima Estudios is behind the animated film whose credentials include A Wizard’s Tale, Top Cat: The Movie, and Netflix’s Legend Quest series. Ánima Estudios has been particular its longstanding commitment to portraying, revaluing and reinventing various aspects of Mexican identity, as part of its audiovisual narrative. On this occasion, the study puts a ‘xoloitzcuintle’ dog, a canine native to Mexico, at the center of the story and endows it with magical aspects that take up pre-Hispanic traditions. Xico is simultaneously a touching puppy and a link to an ancient mysticism.

With a runtime of 85 minutes and a 6.8 rating on IMDb, Xico’s Journey is written by Enrique Renteria and directed by Eric D. Cabello Diaz. It features the voice talents of Verónica Alva, Luis Angel Jaramillo and Pablo Gama Iturrarán.