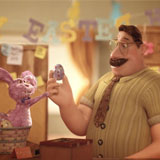 Meet Sunny and Steve, the charming characters brought to life by MPC NY in a light-hearted short film written and directed under one roof by in-house talent Bill Dorais and Ty Coyle. Born out of MPC’s love for storytelling, the passion project quickly turned into an ongoing creative platform to collaborate, experiment, and develop talent within the MPC NY character design team.

Watch the Short Written and Directed: Bill Dorais, Ty Coyle, the short film tells a humorous tale of an office worker as he struggles with a protective, seemingly innocent bunny on a quest for sweets. In this first episode released for Easter, Sunny revels in every opportunity to keep the Easter eggs from Steve, and goes to any length to ensure there is no sharing allowed. 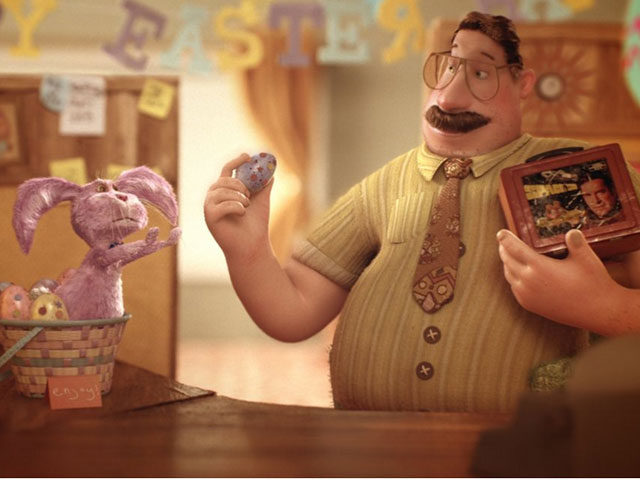 Produced by Derek Macleod-Veilleux, Matthew Creeden;“Enjoy the Sweets” is a blend of traditional stop-motion techniques, the latest animation technologies, and homage to the classic art of storytelling, that takes MPC’s approach to blockbuster visual effects to a decidedly smaller scale. Enhancing every frame with quirky details that captures a snippet in the 9-to-5 life set in the 1970s, the MPC team embarked on a journey to concept, design, create, shoot, and edit the two-minute short film – wrangling over 3,000 frames. 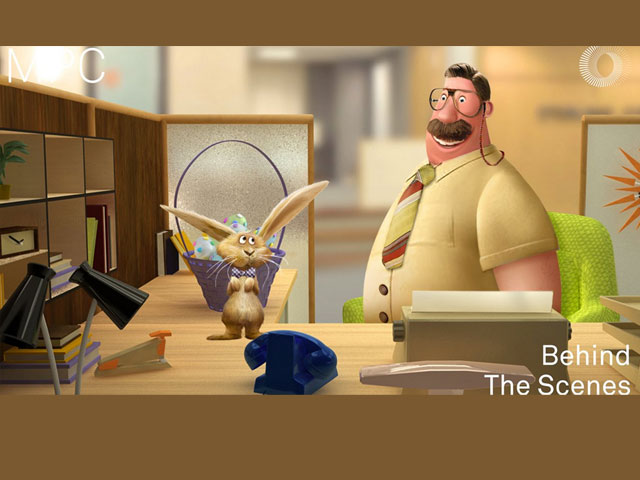 “Working on a project of this scale, along with the incredible support of the entire studio, has been an inspiring, immersive experience, and above all, a really fun team-building exercise to harness our animation and character development skills,” says Dorais. “We wanted to push our creative freedom and make a special film of our own,” adds Coyle. “We’re all extremely proud of seeing this project through from start to finish.”

Character and Look Development Leveraging MPC’s leading position in character design and proprietary tools, along with a state-of-the-art fur pipeline previously used with award-winning results for the Dell Thomas campaign, the MPC team imagined and created the characters and environments from scratch to bring forth a charming aesthetic to each of the storytelling elements. “We’re always tailoring our animation style to meet the needs of the project,” explains Lead Animator Grae Revell. “We were drawn to stop-motion animation as the simplicity in the story lends itself well to this technique. Creating this look had two distinct challenges; we had to craft unique character performances while at the same time mimic that classic, tried-and-true style.” 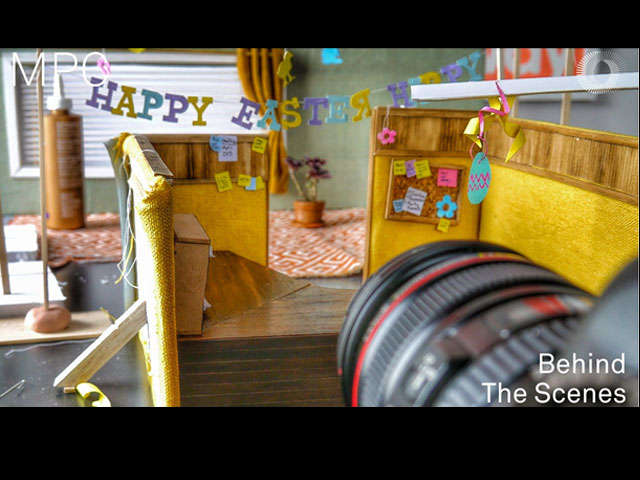 The process began with a series of sketches from in-house concept artists before taking key designs through to character development. Striving for a bit of imperfection, every possible detail was carefully considered to reveal a quirky feature of the story. Look Directors Charlotte Bae and Vanessa Lee set out to create the distinctive look of the animation by instilling a retro palette that visually represents each character’s personality and correlates perfectly with the handmade office setting, including the set build, which was created from scrap cloth, styrofoam, and wood, as well as the character’s puppet-like limbs, the boss’s facial mole, Sunny’s vexing whiskers, and Steve’s slight scar. Such level of attention to detail contributed to bring the characters to life in a fun and simple way that resonate with the seamless bonding between the characters. With great artwork as a starting point, the team further developed the characters through modelling, rigging and animation. Additional work was meticulously undertaken to develop the overall comedic look of the film and characters through textures using Mari, lighting using Arnold and compositing in Nuke. Sound design and music, crafted by Michael Scott, played a critical role in tying the story together. Colorist Adrian Seery put the finishing touches on the film, grading the rich images with a vibrant hue to match the slapstick tone.