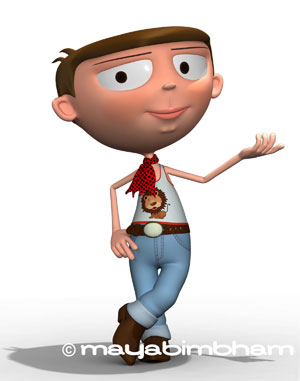 Mayabimbham Media Pvt. Ltd. is developing its own IP, Arjun a 90 min 3D animation film. The Adventures of “Arjun” is a series of three films of duration 90 mins each. The first film is ‘Arjun‘s Adventure in “BUG‘S LAND”‘. The films will be direct to home and will be released on home video. Arjun a lovable naughty and charming 10 yeats old boy is the protagonist. Arjun is assigned a project about insects by his teacher.

Mayabimbham Media Pvt. Ltd. is producing and developing the film at its studio. Around 15 artists are currently working on the production of the film and the film is expected to be completed in 9 months. Venkybaboo has written the script of the film and is also directing the film after his National Award winning film “V4”.

Talking to AnimationXpress.com Sridevi Rao, Director, Mayabimbham Media Pvt. Ltd. shares, “Adventure‘s of Arjun series will have films that will teach something valuable to the children. In the film, Arjun will be on to some adventure trip at the end of which he will be learning a lesson. We hope that children will like Arjun and accordingly we are trying to establish his character”.

The studio is looking out for tie up with children‘s TV channels. The film will be released in Hindi language but the studio is planning to make it multi-lingual as well. The studio is targeting the film at all age groups. About this Sridevi says, “We want to make a film which parents can also watch and enjoy the film with their children.”

Mayabimbham Media Pvt. Ltd. will soon be announcing another feature film to come out from their studio.