DreamWorks Animation has released the trailer for Jurassic World: Camp Cretaceous, which is returning to Netflix for a second season on 22 January.

The synopsis of season two reads:
Now stranded on an abandoned Isla Nublar, the campers struggle to survive among the wreckage of Jurassic World. As the T.Rex takes over Main Street, forcing the kids deeper into the jungle, the discovery that they may not be alone not only threatens their rescue but may uncover something more sinister. 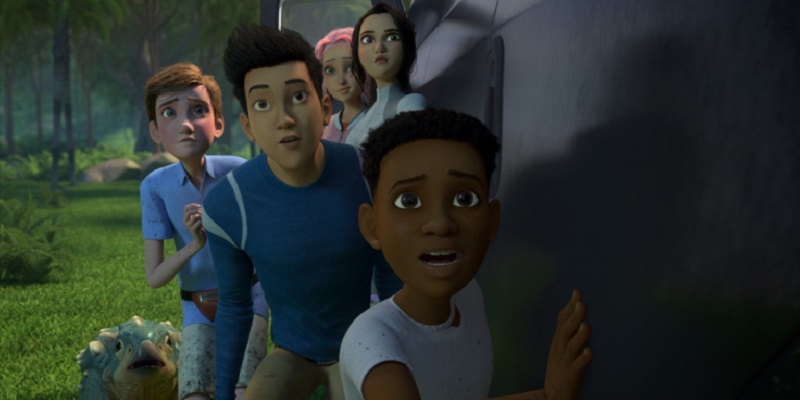 The first season of Jurassic World: Camp Cretaceous premiered on Netflix in September. The series takes place before, during, and after the events of 2015’s Jurassic World, the live-action feature starring Chris Pratt and Bryce Dallas Howard.