“The job of a cartoonist is like that of a communicator for the people.”

Master cartoonist and caricature artist, Paresh Nath has a list of achievements to his name.

With a post graduate in English and American Literature, he has 22 years of experience in editorial cartooning. His forte lies in drawing cartoons on world political issues, business, economy and U.N. related issues, humor cartoon strips and caricatures of world personalities. 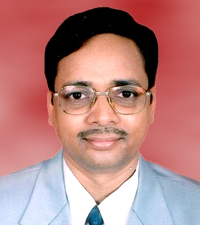 Currently the chief cartoonist for the National Herald, Delhi and Khaleej Times, Dubai, Paresh is the winner of U.N.Awards (Ranan Lurie Political Cartoon Award) for two consecutive years 2000 and 2001. He has also been awarded the prestigious French honour “Le Chevalier” (Knighthood) in Nantes, France at the International Editorial Cartoon Festival.

Paresh‘s cartoons have been extended to education as well where they have been included in college books of World History published by Kaplan publications in USA and Hong Kong Publishing House.

AnimationXpress.com‘s Esha Birnur got the opportunity to interact with Paresh Nath. Here are excerpts of the interview.

How has the journey of being a cartoonist been so far?
The journey so far has been adventurous. I believe that success always comes through struggle. Cartoons may be funny and hilarious but to create them is serious business.

Please share how you started your career and the struggles that you had to go through to reach where you are today.
I started my career as a Cartoonist-cum-Sub-editor in a regional newspaper in 1985 after doing my M.A. in English literature. I struggled to make my cartoons stand out by making them unique, good and saleable. After freelancing for Indian Express and a few other newspapers, I joined the National Herald as Chief Cartoonist in 1990.

With a keen nose for news everyday I used to be alert, ready with a cartoon idea if there was breaking news. The struggle continues even today without any rest. I‘ve had to struggle to get my cartoons internationally acclaimed and it has paid off as I now have my work published in renowned papers. After getting the UN awards, I built my website www.internationalcartoons.com, the first e-commerce cartoon portal in the country.

What are the qualities that you think make for a good cartoonist and illustrator?
A good cartoonist is a combination of different qualities. First, he/she must have a keen power of comic observation- of people, society and others. The second quality which is important, is a sense of self-analysis. The cartoonist has to look at different people‘s viewpoints, read a lot and ultimately have a mind of his own.

In my opinion, a good illustrator must have the power and intellect to grab, grasp, grind and digest others‘ analysis to make anew of his own, or may go with the universal truth. A comic perception, a good sense of humour or a funny bone to tickle with irony is also essential. Finally, a good cartoonist must have a good drawing hand.

Having won so many awards, how do you feel?
Awards are tokens of appreciation and recognition. After receiving many international acclaims, I feel I‘m on the right track. They inspire me to work more and produce better for my audience, and the society.

What according to you are the most popular kind of cartoons and illustrations in India?
Cartoons are mostly popular with children and teenagers in India. Cartoon Network and the Walt Disney characters like Tom and Jerry, Mickey Mouse and Donald Duck are very popular among children.

Earlier Phantom and Mandrake, the magician were among the popular comic characters. In India we have developed some characters based on the kind of culture and tradition that we live in.

Do you think that this industry is being given enough exposure?
This industry has very limited exposure. The cartoons and illustrations are only confined to newspapers and magazines and kids channels. Also newspapers have very limited posts for cartoonist. Hence, if someone wants to pursue his career as a cartoonist it‘s not that easy.

How do you think this industry can be encouraged?
Create more posts for cartoonists. The aspiring and talented cartoonists from the younger generation can display their efficiency. Cartoons are a powerful medium to convey a message. Programmes should be message oriented, be it by cartoons and illustrations or animation.

What according to you are the problems that the industry is facing, and what is its primary need as of now?
This industry needs more investment both money-wise and talent-wise. More efficient people should be inducted into it, to make this industry grow.

What advice would you like to give to those planning on pursuing a career as a cartoonist?
The job of a cartoonist is like that of a communicator for the people. He is a social critic, political commentator and an editor of views and fun. A cartoonist, on the whole is articulate, elegant, quizzical, logical, amazingly well informed, wise in the matter and manner of the world, complex in reason and argument, an artisan in nib and brush with flights of comic inspiration. If one has the love for labour and the qualities, then he can pursue it as a career. My advice to them is always to be original.

What has the response been to your cartoons?
I have always been encouraged and my work has been appreciated by people from all walks of life. I have received both praise and criticism. And, I believe that it is the criticism and not the praise that has encouraged me to continue drawing.

Is there a particular kind of sensibilty that an illustrator needs to have?
An illustrator should aways remember to convey the message. His work should have the perfect expression to bring out the message.

Are you fond of animation?
I love it very much since my childhood.

Your views on the animation industry
This industry is at a stage of infancy in India.

What do you see as the link between the animation and the cartoon industry? How do you think they work in a good synergy?
I see the link between them is like a child and father. Both are inseparable. Animation gives life to the drawn cartoon and it is the carrier of message. Although absurd, they seem to be real at the moment and have the power to grip the audience. In a good synergy it is the most powerful medium.

Do you plan to publish comic books of your own?
Not yet, though I‘m planning to bring out a book-collection of my global cartoons and strip cartoons.

An official comment for our readers.
Life is fun, enjoy it in a comical way !