There’s no stopping for Indian Animation! Adult animated content, more so. Studio Eeksaurus’ animated short film, The Fisherwoman and Tuk Tuk, has amassed a whopping 3.6 million views on YouTube within two weeks of its release on the platform.

The Fisherwoman and Tuk Tuk was a passion-project created entirely in-house by Studio Eeksaurus founder Suresh Eriyat and team owing to the sheer love for animation. The idea was conceived when Eriyat bumped into a couple of bold fisherwomen with their baskets full of fish crossing the road with an air of irreverence while driving to office one day. He saw them get out of the rickshaw and have a bit of an argument with the driver and walk off angrily. He wondered if they would ever like to ride their own rickshaw, and thus the laud roller coaster was born.

Elated by the views, Eriyat told Animation Xpress, “Fisherwoman and Tuk Tuk is not a regular animated cartoon. Within two weeks of its debut on YouTube, it reached 3.6 mn (million) views on the platform which is phenomenal and surprising. The fact that Indian audience is warming up to such content is very encouraging for all of us as content creators. It’s something that has never happened to any Indian animated content ever, in fact without being pushed on the platform. When we see our own work accepted in a public forum like this, it’s overwhelming, and that’s the main highlight point. This coming after Tokri which crossed 28 mn worldwide on Short of the Week, is very satisfying.”

It took him and his team five years (from 2009 to 2015) to make this amazing animated short and it was bought by Japan for three years. The Fisherwoman and Tuk Tuk also won the 63rd National Award for the Best Animated Film (2016). The rest of the awards are as follows : (to date) 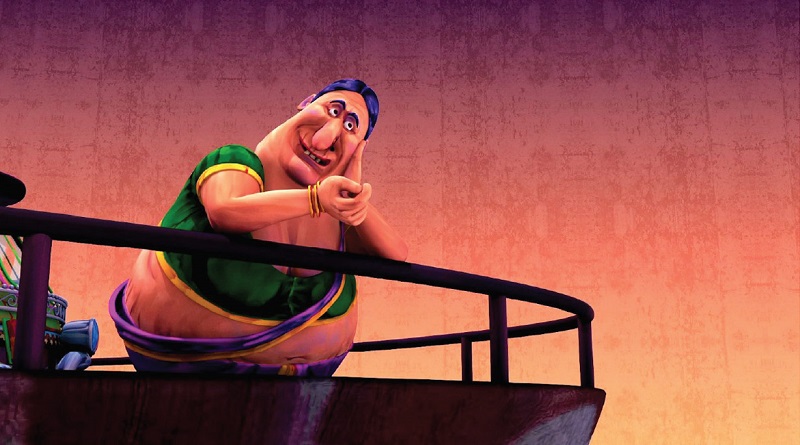 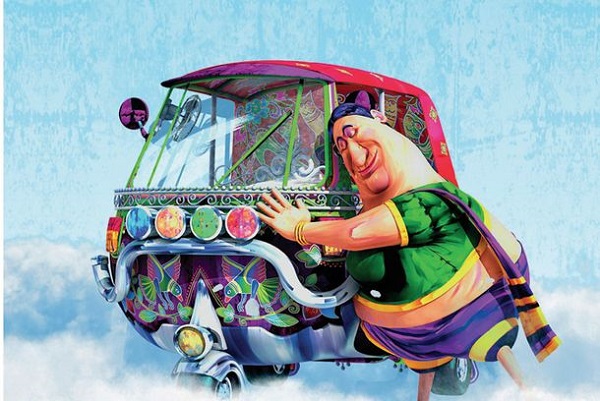 The official synopsis of the animated short reads:

When a fisherwoman finds a pearl inside a fish, she indulges in her wildest fantasy – buying a ‘tuk tuk’, a brightly coloured autorickshaw. A National Award-winner, this story told with trippy colours and loud characters is a thrilling ride of psychedelic adventure.

The concept as well as its treatment of The Fisherwoman and Tuk Tuk is very fresh, unique and the technique is eye-catching. It stands out for its rawness and the brashness of the protagonist makes the story and the character all the more relatable. The detailing is top-notch and so is the music and background score.

Eriyat added, “It’s very nice to see an Indian animated short film targeted to adults get such huge traction. We’re releasing another short film on incubation, Art of Aping soon. This is another film that we’ve produced mentoring youngsters, and it has opened up a lot of opportunities for us.”