Pune based Headquarter Studio, is working on its own production ‘The Kite’ a 9 minute 3D animated short film. The creators of the short film have waited long, working on several 3rd party assignments and projects before have finally got a chance to get going on their dream project.

The Kite is a story about a small boy who experiences emotions which are unknown to his innocent heart. Being in a state of mind that he himself doesn’t understand what’s going on and then something amazing happens. He finds hope and his heart fills up with excitement. What he has lost, seems to come back. The Kite holds the string to everything.

Speaking to Animationxpress.com about the film, Nilabh Umredkar, director, Headquarter Studio said, “We started working on The Kite before we started getting busy with 3rd party jobs long back in the year 2008 – 2009. The story is inspired by a real life experience of a close one. It is about the feeling of longing, which every person has in his or her heart. Molding that into a fantasy where there can be a chance of your dreams to come true, I wrote the story. But at that time, we had to go separate ways for some reasons. After almost a year of working professionally, we couldn’t resist not making this film. It was our dream and so the six of us, quit our jobs and came together on our own expenses, to start working on the film.” 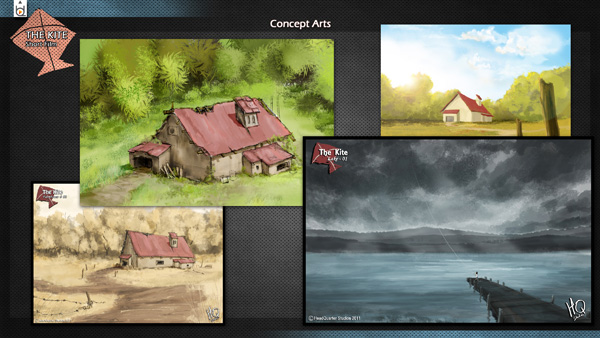 Currently six artists are working on the film. The film is expected to be released by next year at various film festivals globally. The studio has completed the Pre Production part of the film and is at the stage of rigging the characters. Simultaneously they have completed the assets modeling and animation planning for most of the shots. 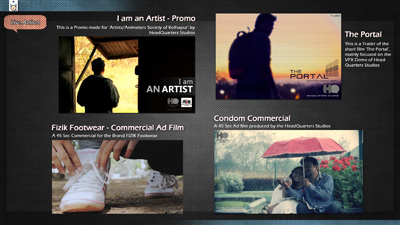 “Looking at the responsibility we have as studios, I think we need to organize the business in Animation in India like other leading foreign countries. We should support film makers by giving them some platforms for this field and focus on better storytelling than anything. There is a whole world out there than the specific genre of subjects that are usually chosen in Indian Animation. It is important to unveil those stories and styles of Animation that will appeal to universal audience.” Nilabh concluded

Apart from The Kite Headquarter Studios are working on another 2D animated short film, also an IP, named ‘Encourage’. It is a story of a boy finding hard to break the social impediments through various stages of his life. Other than that, they are also working on a Script and other Pre Production process for a Marathi film. The production will also be under Headquarter Studios.

Headquarter studios has been around for a year and has worked on some commercial projects of Graphic Designs, Ad films, 2D Animation projects and 3D assets development for other studios. They have also provided Architectural rendering services for many clients.