HBO Max has been criticised for depicting the seven-year-old Prince George as rude and snobbish in their latest animated show, The Prince. The show created by Gary Janetti has been tagged as “cruel and unfair”, which might leave a bad effect on the young prince .

The channel and the creators of the new £5 million animated series have been bashed for “taking cheap shots” by portraying the eldest son of the Duke and Duchess of Cambridge, Prince William and Kate, as a spoilt brat. The young prince will feature in the eight-part series which the critics fear will do more harm than good to the next generation of the royal family. 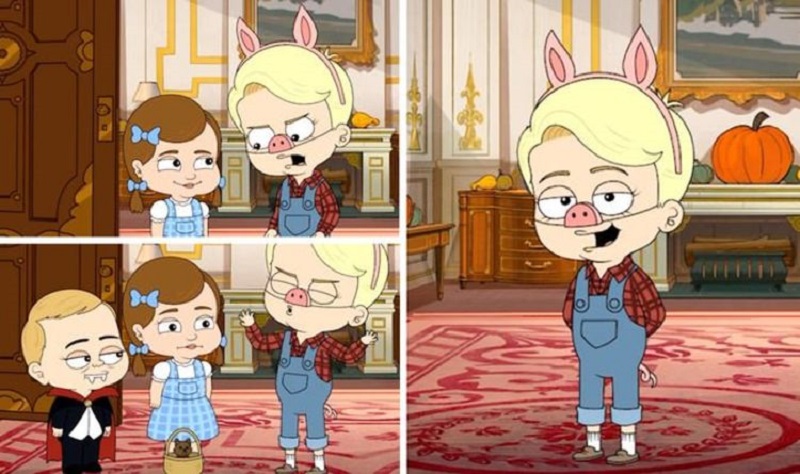 Expected to air in the UK next year, the animated series was created by Janetti who began mocking the Prince on his Instagram account, which has almost one million followers. He has also been photoshopping pictures of the royals, in order to poke fun – for instance – putting the Queen and George sitting down to watch Diana in Netflix drama The Crown. This outrage follows as the Netflix original has been criticised for depicting distorted fiction.

A producer at Disney Studio accused Janetti and said, “It’s one thing for film-makers to play fast and loose with the truth in shows like The Crown but poking fun at a seven-year-old child seems cruel and unfair. Some things should be off-limits. It’s morally wrong to use a child to get cheap laughs.”

Critics also rebuked Janetti for joking about the young Prince’s sexuality, after implying a relationship with another pageboy at Prince Harry’s wedding. The Twitteratti, people have voiced their outrage at the satirical show, with one user writing: “So cruel! Who even allowed this to happen?”

TV critic Katherine Singh said: “It’s important to remember George is still a child who has had no say in his lot in life.

But Janetti, who was formerly a writer on Family Guy, hopes that seven-year-old Prince George will be able to find the humour in the show, and that “everything is meant with affection.”