Commenting on this, Fred Rogers Productions president and CEO Paul Siefken stated, “The Corporation for Public Broadcasting has been an invaluable partner in helping us fulfill our mission of bringing exceptional children’s programming to kids and families across the country every day, and we’re excited to expand our relationship to include Donkey Hodie. We are grateful to CPB for their support, and we look forward to continuing our meaningful collaboration for many years to come.” 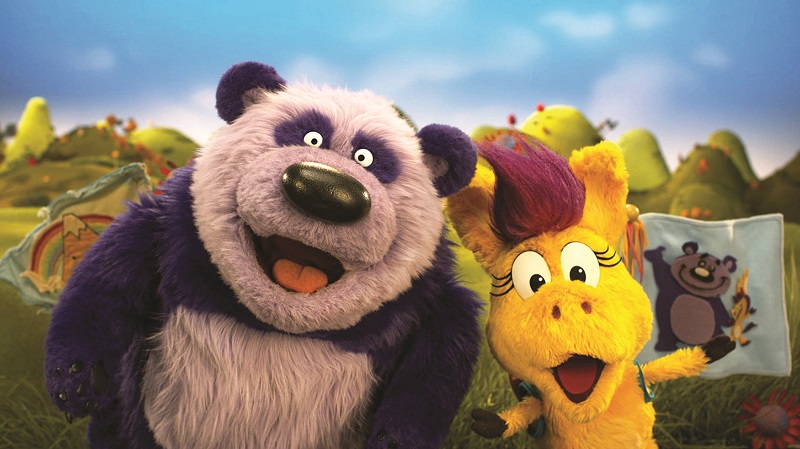 CPB has been a long-term partner of Fred Rogers Productions, providing funding for three of the company’s popular series, Daniel Tiger’s Neighborhood, Odd Squad, and Peg + Cat. CPB also supported the pilot year of Be My Neighbor Days, community-based events hosted by local PBS stations designed to bring together children and families in volunteer service to their neighborhoods.

“Fred Rogers was a pioneer in using public television to educate young children and help them understand and manage their emotions, empathize with others, and develop a positive attitude. Donkey Hodie is a wonderful continuation of his legacy. We’re proud to support Fred Rogers Productions and Donkey Hodie in continuing this important work for a new generation,” added CPB senior vice president of Education and Children’s Content Debra Sanchez.

Inspired by the funny, quirky side of children’s television pioneer Fred Rogers, Donkey Hodie is set in the whimsical land of Someplace Else. The imaginative puppet series follows the adventures of Donkey Hodie, an enthusiastic, “can-do” yellow donkey with a bright magenta mane, and her pals – Purple Panda, her loyal and empathetic best friend who wears his big heart on his sleeve; Duck Duck, a practical, quick-witted young mallard who loves to figure things out; and Bob Dog, an energetic and eager canine who is always ready to boogie to music or fetch a ball.

Donkey Hodie is the granddaughter of the original Donkey Hodie character from Mister Rogers’ Neighborhood (now reimagined as “Grampy Hodie”), who appeared in 59 episodes of the beloved classic children’s series. The new social-emotional series is designed to empower children ages three to five to dream big and overcome obstacles in their own lives, to work hard and persevere in the face of failure, to be resourceful and discover they can solve problems on their own—and to laugh themselves silly along the way.

The series will feature new music, along with reimagined versions of Fred Rogers’ songs, that reinforce the stories’ positive messages and fun adventures. Each episode of Donkey Hodie will include two 11-minute, character-driven stories. The series is currently in production on 40 half-hour episodes.