Hailing from Netherlands, Vidjay Beerepoot of Indian origin, is a music composer of international repute. He has worked as one of Europe’s youngest established professional music composers on some of the most popular TV shows (including animation) and biggest films in Europe. Now based in L.A., he has worked with Pinar Toprak (Captain Marvel), John Powell (How to Train Your Dragon, Shrek), Tom Holkenborg aka JunkieXL (Alita Battle Angel, Mad Max Fury Road) and Hans Zimmer.

Beerepoot continues to develop his career with a special focus on animation and drama and action films. He is a regular composer for movies, TV shows and video games all over the world including for media giants such as Disney, Netflix, Universal, Warner Brothers, Sony and Nickelodeon.

His credits include Mira the Royal Detective and the latest animated feature, Ainbo – Spirit of the Amazon. He was one of the eminent masters for Toonz Media Group’s Animation Masters Summit 2021. Animation Xpress had the pleasure to have a wonderful chat with him on his experiences, technical process and more. Below are excerpts :

You are known to make happy music for kids. How’s your approach different when you’re composing for adult animated content?

I’ve done a lot of animation projects targeted to adults as well as for kids like the Disney stuff, but I think that we shouldn’t underestimate kids. So I never try to Like dumb it down. For both, it’s more about the subject itself with the story that makes it more for adults. Well, for kids, I cannot make it too scary or get too intense. That’s the biggest difference, because the music has to match the pictures including the severity and the violence as script demands. While making music for kids, I can’t keep these elements.

In live-action, we at least have something in hand to work on, but incase of an animated film, we are just given a rough sketch such as a puppet on a grey screen. Well, in my experience, the TV shows I worked on (for Disney), by the time I get the project, the animation is fairly finished. Also we don’t have a lot of time (sometimes just a week) to make changes to scripts and other aspects for the series. They give me the pictures so I can time it really well. 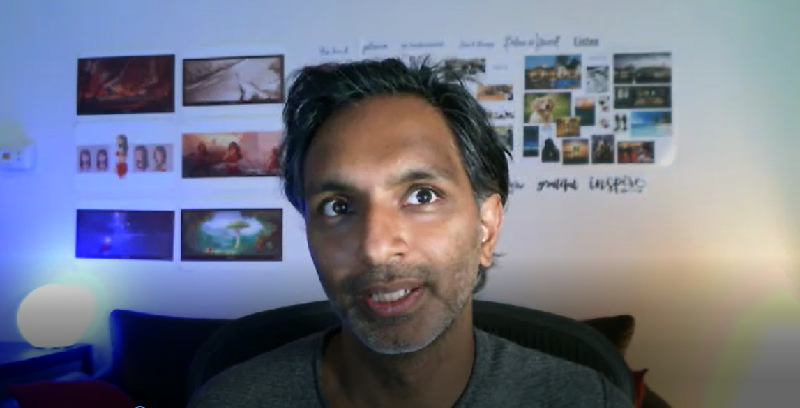 But for feature films, it’s a lengthy process. The technical animation starts after I deliver the demo music. So by the time the film is entirely completed, the artworks, characters and other things are completely changed. So I have to go back and rearrange and fine tune them. That’s the case also because films are dubbed in many languages. So, I’d say animated movies are more challenging to work on as it involves a lot of imagination and free-thinking.

In that case, what are the points that you keep in mind while you’re composing?

First of all, always the story. Characters and stories that I connect with or relate to tend to translate and reflect in my music. Then, I focus on what kind of emotions we want to bring to the audience and I check if my music is able to resonate that. For animated films, since I don’t have much materials, it’s actually a really good tool as my imagination is not limited to those images. And of course bring alive the experience on screen – that’s only augmented through music. 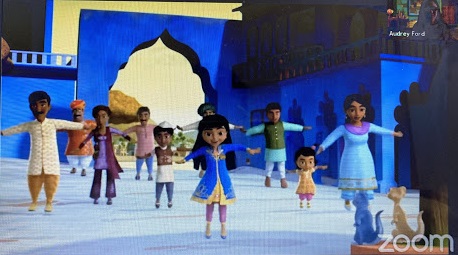 You are of Indian origin but born and brought up outside India. So, have you ever been inspired/influenced by the treasure trove of any form of Indian music?

I developed interest in Indian music much later as in, last decade after being to a lot of concerts, and I loved it. But growing up, I was not aware of classical Indian music. I was definitely familiar with all the old cycle Bollywood songs but in LA – since it’s a melting pot of cultures, I have been exposed to different kinds of music. While working for Mira the Royal Detective for Disney, that I was more exposed to the culture and witnessed the richness. A lot of Indian musicians play on the show, and one can spend a whole lifetime learning about music from different regions – like classical music or modern contemporary music or contemporary jazz or or African music. But, I still don’t understand all the Indian rhythms.

According to you what role does a background score play in any project as it sets the tone of the film in a way?

A background score is there to enhance the story and also sometimes to give extra information or an indication of what’s going to happen. You basically want the audience to feel something and you can do that with music. For example, if you see someone smiling or isn’t necessarily sad on the screen but music is melancholic or full of pathos, you know that person isn’t happy. That’s the power of music that hits slowly and can really influence how people experience a piece of content.

How has the scenario changed since the pandemic came into action? Is it challenging working remotely with a new infrastructure?

I usually work from home, so that really wasn’t a challenge. But for the movie Ainbo – Spirit of the Amazon, I booked a studio to record with musicians which required orchestral treatment and the lockdown happened soon after. So, that was a problem. So we ended up working in a home studio at a friend’s place and recorded everything there. Working with solo instruments isn’t difficult but otherwise it gets a little tough. However, with today’s technology, microphones and equipment we pulled it off. Having said that, making music with other people has its own benefits and charm as you create something bigger than yourself and all others involved.

Do you use any specific software for recording or composing?

To compose music, I use Logic like most people or Cubase. Sometimes I use Pro Tools for recording. There are a lot of other software in the market but these are the main ones.

You have worked with some big brands like Disney and Pixar, Netflix, Sony Nickelodeon, Marvel. How was your experience?

All of them are very professional and I really love working with them because people are so nice and you learn a lot. Having said that, working on the Minnie Mouse show for Disney is definitely one of my favourites. The theme is so nice, and we have a huge team at Disney and everyone’s so focused on their work and there’s a lot of support, great creative inflow and it’s really fun and that’s very important – to have fun. Some projects become stressful because you don’t have fun or don’t enjoy them and I’m very grateful that I can work with people and studios like Disney.

As a composer which one do you enjoy – creative freedom or a collaborative effort?

I obviously enjoy it the most when I have the most freedom. But sometimes, I also have a whole team around me and I have really good composer friends who help me time and again. We assist and help in each other’s projects. It depends on the need of the project.

What message would you like to give to aspiring composers?

Have the heart to face rejections – a lot of rejections! I lost a Star Wars project and that’s nothing you or I can do about it, so stick to your craft and believe in it. Don’t be fooled by success stories and maintain a work-life balance.