Discovery Kids has begun 2021 with a bang! A kids’ favourite, the channel will be treating its loyal audiences and Little Singham fans with another new blockbuster TV movie – Kaal Ki Shaatir Chaal tomorrow, 20 March 2021 from 11:30 am onwards.

The new telemovie will feature kids favourite super cop, Little Singham having a face-off with his nemesis Kaal again, and this time he not only has to save Mirchinagar from the evil power but also the world.

Speaking to Animation Xpress, Discovery Kids head Uttam Pal Singh shared, “These telemovies are an extension of the mini-franchise of Kaal and Little Singham within the show as the brand sees exponential growth. Kaal Ki Shaatir Chaal is different in many ways from the other TV movies as Kaal has an underlying plan in this [animated film] which Little Singham is unaware of. Usually, Little Singham has an upper hand but in this case, he’ll have to toil. This film is also different in its treatment. We’re launching the film in March which is an unusual time to launch a TV movie, unlike other broadcasters but since the pandemic is still on we thought to give it a shot. We’re hopeful it’ll be another blockbuster.”

Discovery Kids is all set to bring a robust, back-to-back line-up of exciting content for its young viewers that included blockbusters from their beloved superhero cop franchise, Little Singham; Desh Ke Sipahi- Super Squad and Desh Ka Sipahi- Dog Squad as well as an all-new episode of the notorious gang, Fukrey Boyzzz and exciting episodes of Little Singham. 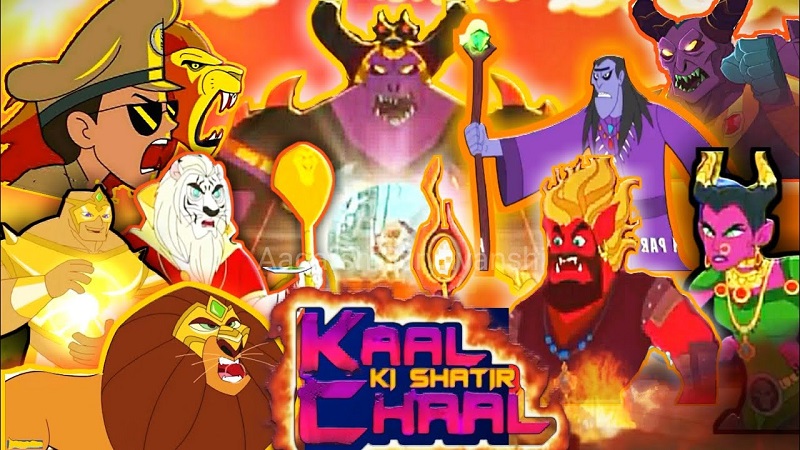 Singh also mentioned that the channel is focusing on “augmenting the already established DNA of the Singham franchise, its real characters of cops by adding new layers to it while bringing in a Universe that can’t be explored in Live-Action.” “The foundation of the pan-India franchise is extremely strong and powerful originating from the Tamil cinema. He’s no ordinary super kid but a kid in a police uniform with lion’s power – people respect him and this believability and real characters have made the character and the show so successful,” Singh added.

With some semblance of normalcy setting in and as most schools, parents and children prepare for the summer holidays, Discovery Kids is geared up to ramp up its activities to ensure the next few months are action-packed.

Catch the super-cop in action against the villain Kaal tomorrow, 11:30 am on Discovery Kids!