DNEG Feature Animation put together an animated short featuring their Queen’s Guard mascot, presenting a sincere salute of thanks to recognise the tireless work of healthcare workers during the ongoing pandemic.

The short’s score is built around the traditional British infantry bugle call The Last Post by composer Rob Wasilauski (The Man That I Was, Assassin X). 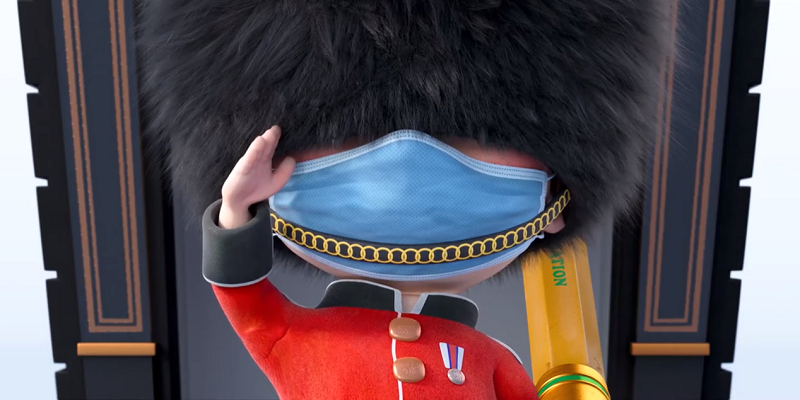 DNEG Feature Animation is overseen by President Tom Jacomb. It is a branch of VFX and animation studio group DNEG, which has earned five Oscars, five BAFTAs, two Primetime Emmys and many more awards for its visual effects work on titles such as First Man, Chernobyl, Blade Runner 2049, Ex Machina, Interstellar and Inception. DNEG is currently in production on Denis Villeneuve’s Dune, Tenet, No Time to Die, F9: The Fast Saga and animated feature Ron’s Gone Wrong.

As part of DNEG Feature Animation’s growth, the organisation is encouraging more short ideas like these as a way to be both socially conscious and to encourage our incredible talent to stretch their legs.