The Fukrey Boyzzz are back! Discovery Kids and Excel Entertainment have launched the second season of its immensely popular franchise Fukrey Boyzzz with the premiere of its most awaited movie Bhaago Choocha Aaya on 1 April. With some incredibly good times ahead, little audiences are in for some rib-tickling entertainment as they celebrate Choocha’s birthday on April Fool’s day.

This comes after Discovery Kids head Uttam Pal Singh revealed to Animation Xpress in mid March that they’re “bringing lot of tele movies – one blockbuster every week” for its established IPs – Little Singham and Fukrey Boyzzz. Following the incredible success of season one, Hunny, Laali, Bholi, and everyone’s favourite Choocha will once again come together for Fukrey Boyzzz 2 for some good times and hilarious misadventures. 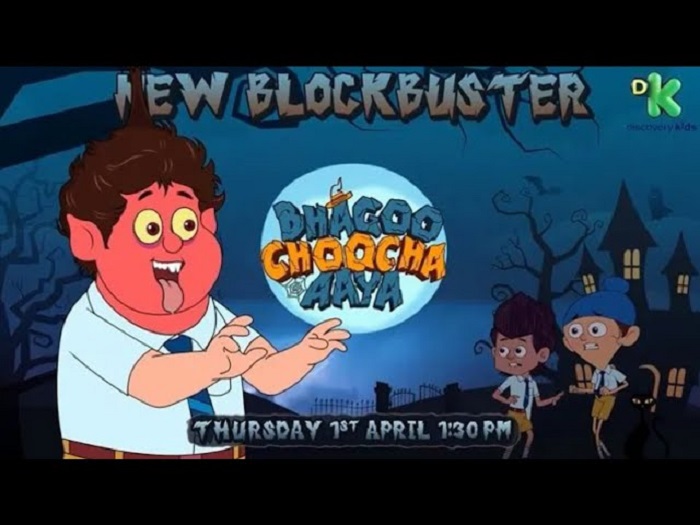 With Bhaago Choocha Aaya Discovery Kids and Excel Entertainment take one of its most popular animation universes through a slightly spookier adventure. Fans will see their dear Choocha accidentally free a host of ghosts, who take control of him and demand that he destroys the entire society. But, when one of the Fukrey Boyzzz is in trouble, the others are quick to the rescue! Coming together, as ghostbusters, the Fukrey Boyzzz gang bravely battle to save their beloved neighborhood.

Excited about the launch of Fukrey Boyzz 2 and the premiere of the latest film from one of its most successful franchises, Singh told Animation Xpress, “I’m very excited about the upcoming adventures of Fukrey Boyzzz. These new stories are different – full of humour and pranks. It’s like sitcom blended with adventure, action and conversing with the paranormal. Based on friendship, masti and a slice of fukrapanti, the first season of Furry Boyzzz exceeded our expectations. Its quirky characters were enjoyed by both kids and their parents, with humour and antics that were enjoyable to all. Starting with Bhaago Choocha Aya, we’re excited to see where this journey with our favourite gang leads, especially since this film is our foray into a new genre. We will also have another blockbuster film from the franchise – Vanar Sena 2, (who are good at heart but with little powers,) that is to come which is yet another incredible addition, to our action-packed lineup .” 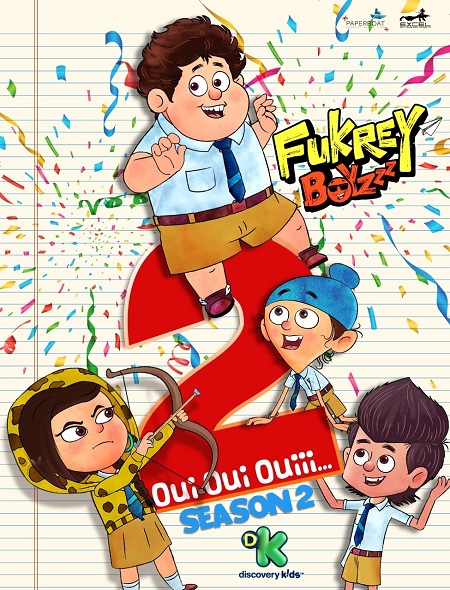 Varun Sharma, who plays the character Choocha in the film franchise said in a statement, “Firstly, Happy Birthday my little twin. It is every actor’s dream to receive love and appreciation for the roles they play and the kind of love Choocha has received is marvelous. Appreciation to such an extent, that we have an animated character for Choocha who is equally adored, if not more.  Can’t wait to see the Fukrey Boyzzz take up their new avatars as ghostbusters to jump-start Choocha’s birthday celebrations. Besides sending good wishes on his birthday I would also like to wish him lots of strength and courage because I know he is as scared of ghosts as I am”

Along with the premiere of these exciting new titles to the Fukrey Boyzz universe, Discovery Kids will also be celebrating Choocha’s birthday with a special Choocha’s Birthday Pawri series. The celebrations will include a Music video created featuring Honey, Laali, and other school friends coming together for the celebration, inviting kids across the country to share their special birthday wishes by sending their favorite Choocha Jokes and wishing him in their own unique way.

Excel Entertainment co-producer Ritesh Sidhwani added, “Fukrey Boyzzz is such a fun-loving part of the Fukrey franchise. The kind of bond it has managed to create with the youth makes it even more special. The animated characters today resonate so well with kids across the country and the scale at which their popularity has grown makes me so proud. Fukrey Boyzzz season two and the new film, Bhaago Choocha Aya will take the fun quotient even higher. It’s quite the roller-coaster ride!”