After Little Singham and Smashing Simmba, we have a new cop in town! Kids are in for a treat as the fearless, hilarious, and iconic cop Chulbul Pandey soon arrives in an animated ‘avatar’ on TV screens in a quirky new cartoon, ‘Dabangg – The Animated Series.

Produced by Cosmos-Maya along with Arbaaz Khan Productions, the show is adapted from the highly successful Bollywood film franchise of the same name and will debut on WarnerMedia’s Cartoon Network in mid-2021.

Dabangg (104 half-hours) is the latest offering from WarnerMedia and Cosmos-Maya collaboration, with the two companies having recently worked together on the production of Titoo – Har Jawaab Ka Sawaal Hu and upcoming Lambu-G Tingu-G. Titoo has consistently been in the top five most viewed kids shows since its launch on WarnerMedia’s POGO in July 2020. 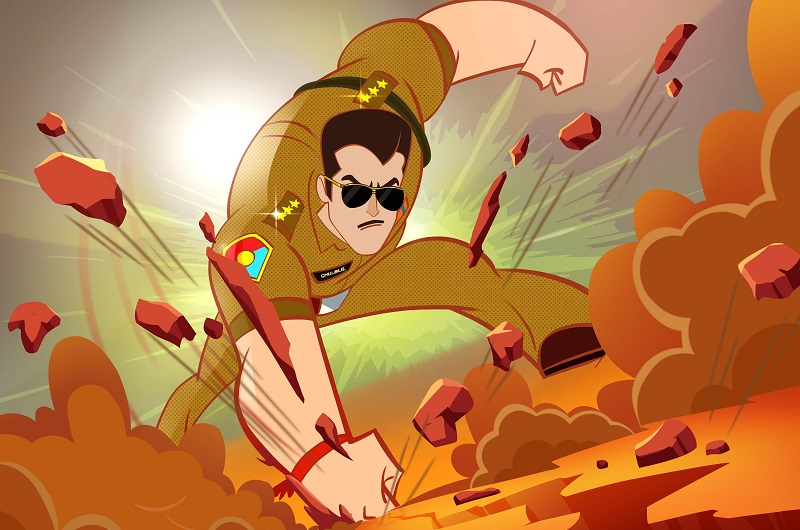 Speaking about Dabangg, Cartoon Network and POGO South Asia Network head Abhishek Dutta said, “We are thrilled to work with Cosmos-Maya again in another highly-promising Bollywood-inspired IP. The show is one of India’s first Bollywood-inspired animations that retains the essence of the original version to appeal to the whole family [with an adult protagonist cop]. With the latest title, Cartoon Network and POGO are again betting on Bollywood which we’ve found is a great way to provide relatable and popular content to India’s young viewers.”

Dabangg is set to be one of the first animations to retain the original version of a popular Bollywood character, rather than a re-imagined kids version. It’s hoped this will boost recognition of the IP and offer more relatability for kids and their parents. This announcement comes shortly after Cosmos-Maya announced its partnership with Disney+Hotstar for the show’s OTT release, where the SVOD platform will get 104 half hours of the premium animated title. 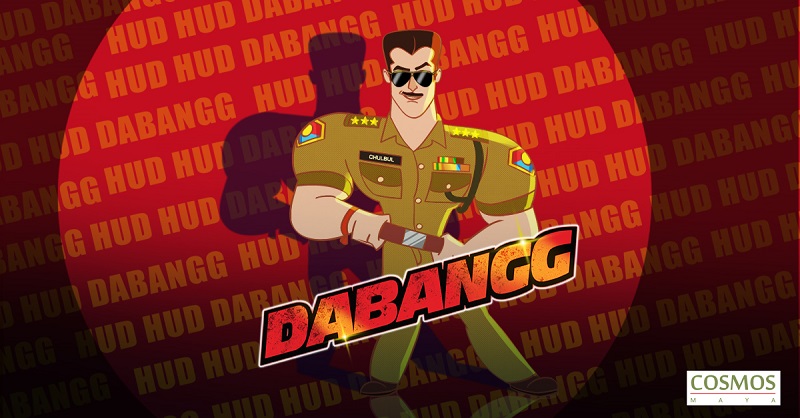 The IP strategy for Dabangg allows Cosmos-Maya to tap its tremendous scalability potential within the industry with multiple similar future projects that translate into audience engagement, critical acclaim and fan support.

Earlier, Mehta shared with Animation Xpress about the plot of the cartoon, “Dabangg will depict Chulbul Pandey’s day to day shenanigans with his entourage of policemen backing him at each step. He fights evil to keep the city safe, but always has the time to lighten up the mood with his jokes, limericks, and one-liners. The show will have never-seen-before animation quality.”