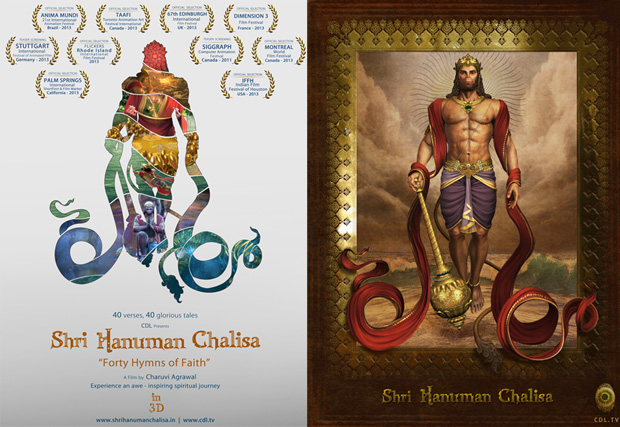 Animated mythological poetry is on its way as Delhi based Charuvi Design Labs, founded and spearheaded by Animation Film Maker Charuvi Agrawal, has recently rolled out the first trailer of their debut animated short based on the verses of Hanuman Chalisa. 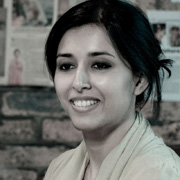 Speaking to AnimationXpress.com about Shri Hanuman Chalisa, Charuvi Agrawal, Director of the short, says, “The film delves into our understanding of the divine, while divine forces may take on various forms, its true spirit and understanding lies in the act of self-realization.” Targeted at mass audience, the script of this short has been translated as per the animation requirements to create a narrative piece. The visuals of this short are inspired by Raja Ravi Verma’s paintings. Earthy tones and in particular gold are an integral part of the color treatment used. Charuvi adds, “I wanted to redefine the mythological characters in terms of their appeal based on texts and paintings taken from different parts of India and Asia for which I delved into miniature paintings, visited the Ghats of Varanasi, read many versions of the Ramayana and a multitude of comic books.” “Visuals in this short are detailed with a contemporary take on Indian aesthetics. Considering the fact we had some 40 odd environments, the workflow had to be simplified and mainly techniques like camera projection were used.” As Hanuman Chalisa audio-track consisted of 43 pre-sung verses each of 6 seconds in a non-linear format,  the team met with many challenges on forming a visual language to connect all 43 verses together and give it a narrative feel. 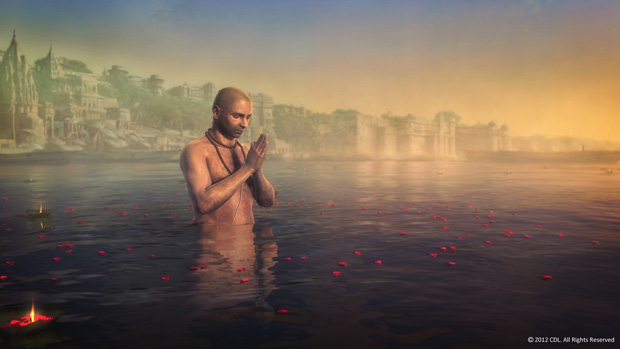 For releasing the animated short in India, the studio is planning an interactive event cum exhibition. “We are implementing magnificent sculptures, technologically driven innovative visualizations and interactive Augmented Reality (AR) installations, which will engage the spectator in a series of emotional and awe inspiring spiritual journey.” says Charuvi. With the release of the second teaser of this short by the end of this month, the studio plans to launch an iPad app for the same. “I wanted to find ways to make people witness things they hadn’t imagined. I thought of the film as the starting point that would multiply into many, that would help people re-connect with the tradition,” concludes, Charuvi. connect@animationxpress.com