Endemol, a world leader in entertainment programming, announced that Turner Broadcasting System Asia Pacific, Inc has acquired the animated children‘s series The 99 for their Cartoon Network Indian and Southeast-Asian feeds in a deal brokered by Rashmi Bajpai, Endemol‘s Sales Director for Asia. The 99 has been produced in full 3D CGI by Endemol UK in association with Teshkeel Media, with the animation work being completed in India by Sanraa Media. 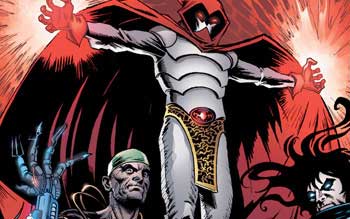 The 99 is based on the popular superhero comic books and centers around a group of youngsters from across the globe, who come into possession of 99 mystical and ancient Noor Stones (Stones of Light) which endow each of them with a superhuman power. They‘re gathered into teams by the benevolent Dr. Ramzi Razem, to fight injustice and evil around the world. 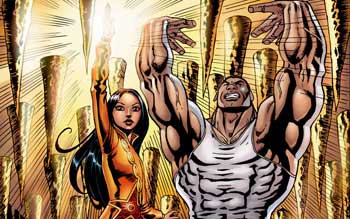 Their goal is to realise Dr Ramzi‘s vision of a world of peace, harmony, enlightenment and diversity. But Dr. Ramzi is not the only one searching for the stones. He‘s in a race against time with the sinister and charismatic Rughal, a mysterious traveller through Time, who also knows the power of the stones and wants to use them for his own dark ends. Aided by a team of villains with super-powers of their own, Rughal will stop at nothing to beat Ramzi, and acquire the ancient stones – with or without their young owners. 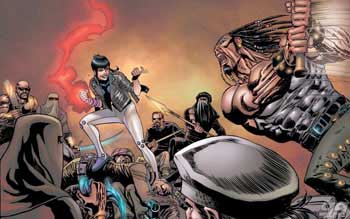 Creator Dr. Naif Al-Mutawa said, “The 99 animated series offers state-of-the-art animation, appealing characters and an action packed storyline that we believe will play well to audiences across the globe. Having Turner as a true partner in this project will help maximize the reach and impact in the key Asian region.”

The series has to date sold to the Middle East (MBC3), Ireland (RTE), Turkey (ATV Kids) with distribution set to expand in additional territories including Australia.