Fans of Bluey, the hit preschool series on Disney Channel, Disney Junior, and Disney+, are in for a treat with the U.S. release of Bluey: The Album from BBC Studios and Demon Music Group LTD on 22 January across all major streaming platforms.

The first singles- Keepy Uppy, Here Come The Grannies, and Instrument Parade as well as the Bluey Theme Tune and it’s extended version, are available now to stream and download from Amazon, Apple Music, iTunes, Spotify, and YouTube Music.

Commenting on the launch of the album, BBC Studios Brand Director Harriet Newby-Hill said, “Music plays an important part of the storytelling in Bluey and beautifully encapsulates the warmth, energy and humor of the series. We’re thrilled to bring fans of all ages a collection of songs that captures the joyful and heartfelt spirit of Bluey!” 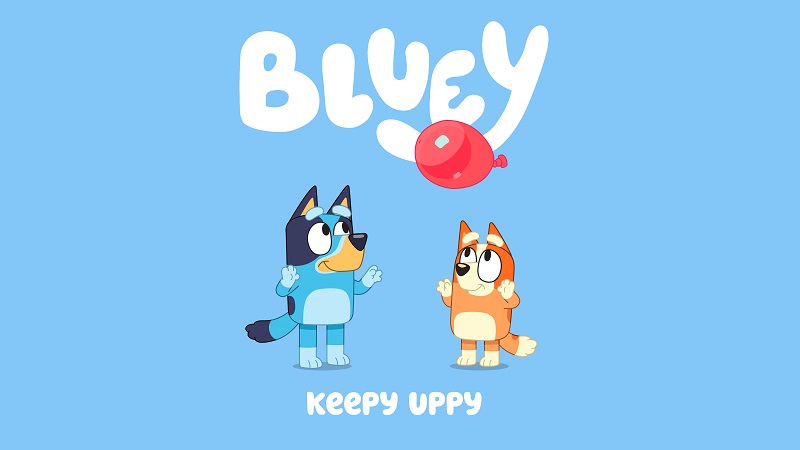 Bluey: The Album is the perfect soundtrack for family fun, dance, enjoyment and play at home or an outdoor adventure. The album features 17 tracks, all original compositions from season one, including music from fan favorite episodes such as, Pool and The Creek, as well as two new versions of the catchy theme tune. Bluey composer Joff Bush, composed the album with his team and the cover artwork is designed by Bluey creator Joe Brumm of Ludo Studio. The soundtrack will be released in the U.S. and Australia, with other regions to follow later in the year.

Demon Music Commercial Director Adrian Sear mentioned, “Everyone remembers their first album so we’re excited that this could be the first album for many young Bluey fans and provide the soundtrack for their own played-filled adventures.”

Bluey composer Joff Bush added, “I’m incredibly proud and honoured to be a part of something as special as Bluey. This album is for fans young and old and I hope they enjoy listening to it as much as I loved creating it.” 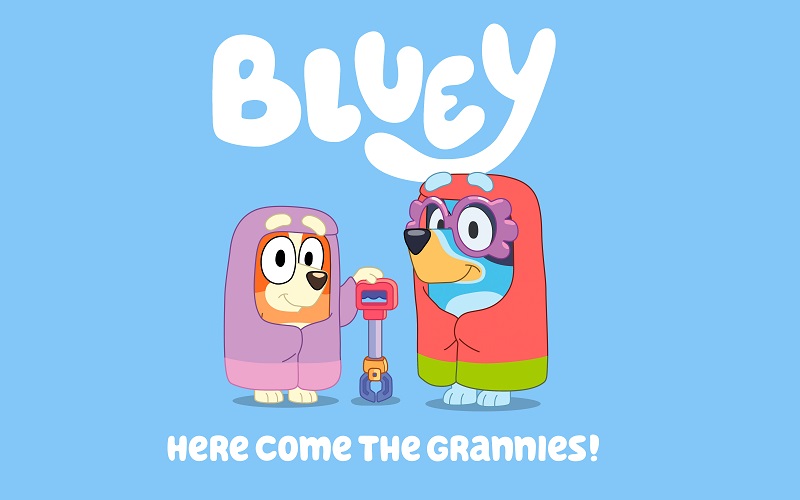 And that’s not all! Fans will have even more ways to enjoy Bluey as season one arrives on DVD in the U.S. for the first time, 26 January onwards, available at BBC Shop and Amazon.

Two new compilation DVDs featuring all 52 episodes from season one of the hit series will allow kids and families nationwide to immerse themselves in Bluey’s fun-filled, imagination-fuelled adventures any time. The two Bluey releases from BBC Studios, Bluey: season one: The First Half  on 26 January and Bluey: season one: The Second Half  on 9 February, will contain episodes one to 26 and 27 to 52, respectively, and will be available for an SRP of $19.99 each. 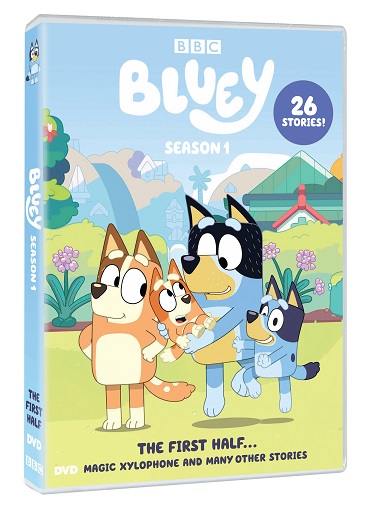 Bluey is a multi-award-winning Australian children’s series that is extremely popular in Australia and the U.S., and is charming audiences across the globe. Loved by parents and children for its heartfelt and funny portrayal of family life and celebration of play, the series follows Bluey, a six-year-old Blue Heeler dog, who loves to play and turns everyday family life into extraordinary adventures that unfold in unpredictable and hilarious ways, bringing her family, friends and community into her world of fun.

In Australia, Bluey is the most watched series ever on ABC iview, with over 480 million plays across series one and two. The series has enjoyed critical success internationally, winning an International Emmy Award in the ‘Pre-school’ category in March 2020.