Billie Eilish has released the music video for her single My Future. The video is an animation created by  Australian artists Andrew Onorato and fans believe it is largely inspired by Studio Ghibli. Eilish had previously revealed in an interview that she was a huge fan of Hayao Miyazaki’s films.

“I feel like I owe most of it to Spirited Away and Miyazaki, just the way all that animation is. Like No-Face in Spirited Away, oh my god. Also My Neighbor Totoro, I owe so much to Miyazaki, it’s all just so weird and unrealistic but realistic. Billie had revealed in an interview.

Eilish wrote and recorded the song with her brother Finneas O’Connell at the beginning of the Corona pandemic while in lockdown. 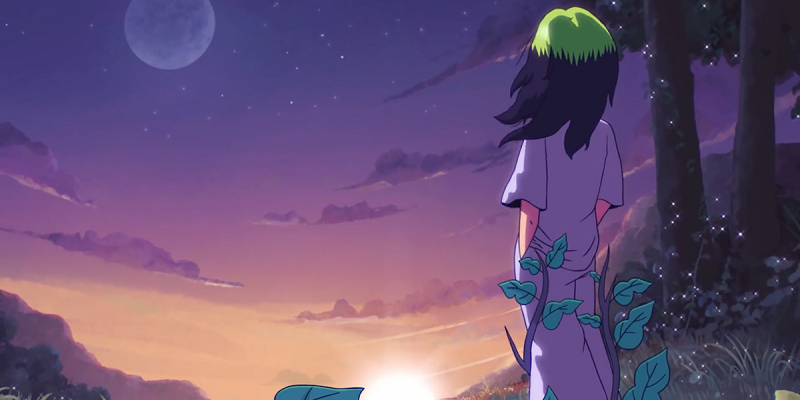 “We wrote this at the very beginning of the quarantine,” Eilish said in an email to fans. “It’s a song that’s really, really personal and special to me. When we wrote this song, it was exactly where my head was at—hopeful, excited and a crazy amount of self reflection and self growth. But recently it has also taken on a lot of new meaning in the context of what’s happening in the world now. I hope you can all find meaning in it for yourselves.”

The video opens with an animated Eilish sitting in a forest in the rain, staring at the moon. The video is hopeful and serene, but also a bit melancholic with a touch of magical realism: qualities characteristic of many Ghibli movies. This is Eilish’s second animated music video after her collaboration with Takeshi Murakami for You should see me in a crown.