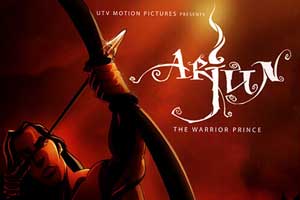 A golden feather in the cap of the Indian Animation Industry!!!

Arjun: The Warrior Prince gets nominated for the coveted Cristal Award at the 37th Annecy International Animation Festival, which is the largest and oldest animation film festival in the world. This year Annecy will take place between 10th to 15th June.

Shortlisted from 80 plus movies that were submitted for consideration and nominated as one of the top nine movies around the world, Arjun: The Warrior Prince, Directed by Arnab Chaudhuri, will compete with: 2096: A Story of Love and Fury; The Apostle; Berserk Golden Age Arc II: The Battle of Doldrey; Jasmine; Khumba; Legends of Oz: Dorothy’s Return; My Mommy is in America and She Met Buffalo Bill; and Pinocchio

The movie has already set its global footprint by grabbing noted honors and recognition with the movie being screened at prestigious film festivals including Fantasia 2012 in Montreal, The Busan International Film Festival in Korea, The Holland Animation Film Festival where it played in competition, and it was the first Indian film ever to play at the historic El Capitan Theatre on Hollywood Boulevard. 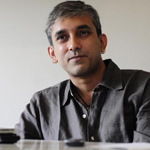 Speaking to AnimationXpress.com’s Zeenia Boatwala, Arnab Chaudhuri, Director of the movie says,” I’m thrilled! It’s a great honor and achievement for our entire team as Arjun is the first Indian animated feature to be nominated for this award and the first to play in competition at Annecy.”

“I believe Arjun: The Warrior prince is unique in that it defines its own genre. It’s not trying to be a Japanese Manga film nor is it aping a western format, it stands on it’s own as being uniquely Indian. Competing with the top nine movies from around the world makes us feel like we’ve already won!” concludes, Arnab.