witnessed a roaring success with huge participation from industry experts, animation studios and Arena students, who came together from across the country & the globe. The event was inaugurated by Ninad Karpe, CEO and Managing Director, Aptech Ltd and Anuj Kacker, Executive Director, Aptech Ltd. 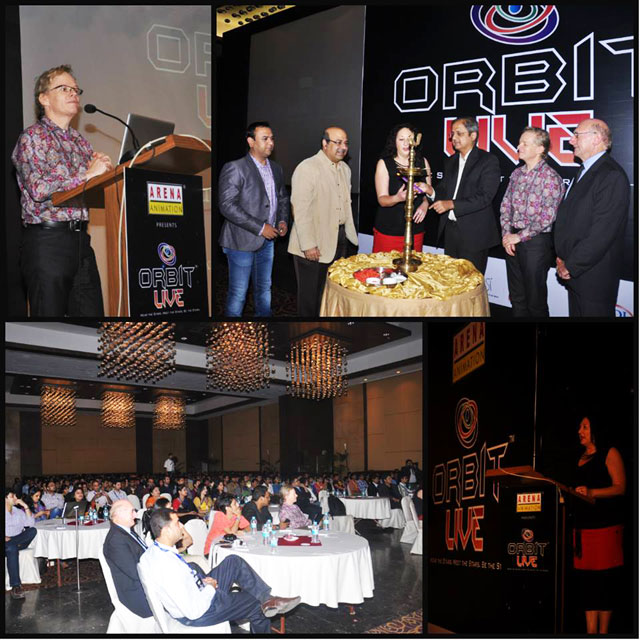 The keynote addresses were delivered by Chris Ford and Susan Erokan. More than 150+ industry experts, top animation & VFX studios and 300+ Arena students from across the country participated in this event. In a glittering awards ceremony industry stalwarts such as N. Madhusudhanan, P. Jayakumar of Toonz Animation India and Vaibhav More of Vaibhav More Films were honored amongst others. Arena Animation also awarded its alumni and young talent with Orbit Live 2014 awards.

Interesting revelations from the Indian and International Animation Studios are coming in from Orbit Live with an official announcement on Arena Animation’s Official Facebook and Twitter Page of Chris Ford Announcing Pixar RenderMan & Arena Animation Collaboration after which Arena students will get exclusive access to the software.Also, Prasad Studios setting up its base at Kolkata has been unveiled by Sree Suresh and Prime Focus to set up stereoscopy facility at Goa & hire freshers was revealed by Saharsh Shah.

And the Industry Honors Went to..

Orbit Live 2014, is a livewire interactive mega learning event and an exclusive initiative by Arena Animation – the global leader in hi-end animation & multimedia training. It was an inspirational and aspirational learning confluence of students, industry leaders and practitioners, well attended by global industry professionals. The event comprised of a variety of intense interactive workshops, seminars, technology sessions, HR outlook sessions and an award ceremony all spread over the four days of the event providing a unique learning opportunity for the Arena students. 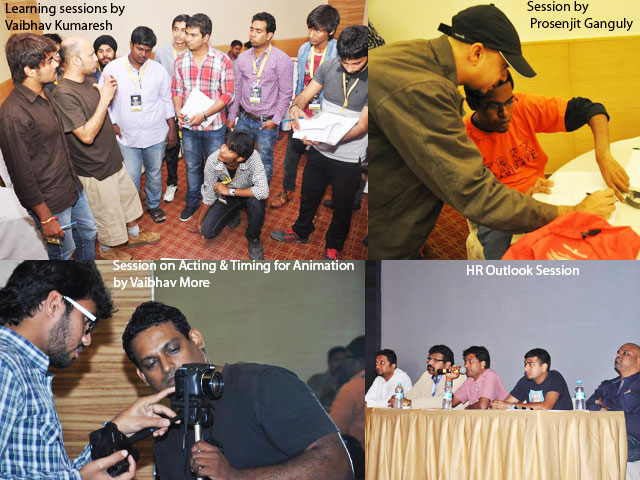 Students got their curiosity on Animation & Digital media satiated by interacting directly with the top most professionals from the animation world. Students also participated and won awards in “Live projects” of Jameson – Done in 60 sec and Karbonn Mobile campaign provided by Talent House. 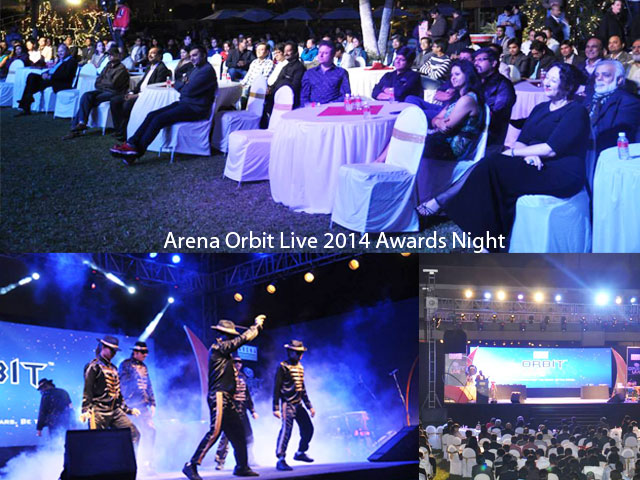 Ninad Karpe, CEO & Managing Director, Aptech Ltd, says “I’m delighted to see the passion and enthusiasm of the students who have come from all across India to attend this event. Orbit Live is a great learning confluence and we hope that the students and industry professionals take home a lot of learning and insights from this event”. 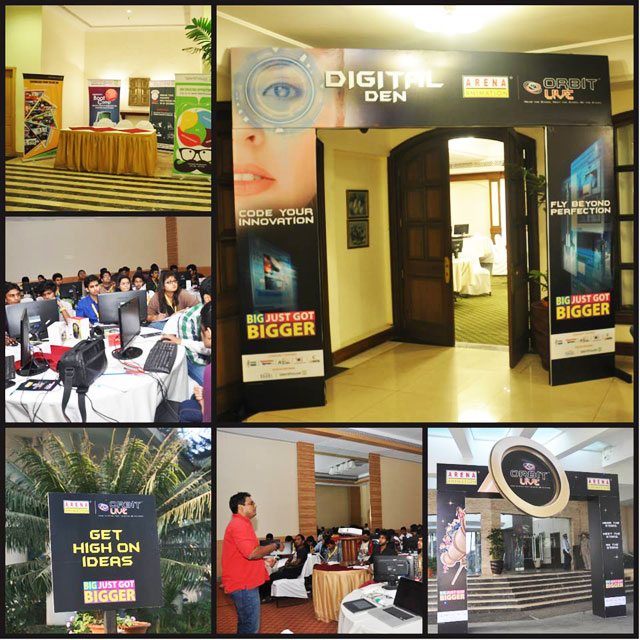 Chris Ford, Pixar, USA, says, “Cinematic GPU rendering & more photorealism are the future of entertainment in the world. I am extremely impressed with the kind of work displayed by the Arena students and strongly believe that they have the capability of producing works of animation comparable to international standards”.

Susan Erokan, DreamWorks, USA, says, “DreamWorks and India friendship is the future. Animation is no longer limited to Los Angeles or California and is fast moving to India. DreamWorks’ next will mostly be made at their Bangalore studio. With DreamWorks hiring in Bangalore & looking at internships, raising prospects for animators in India are definitely on an uphill”. 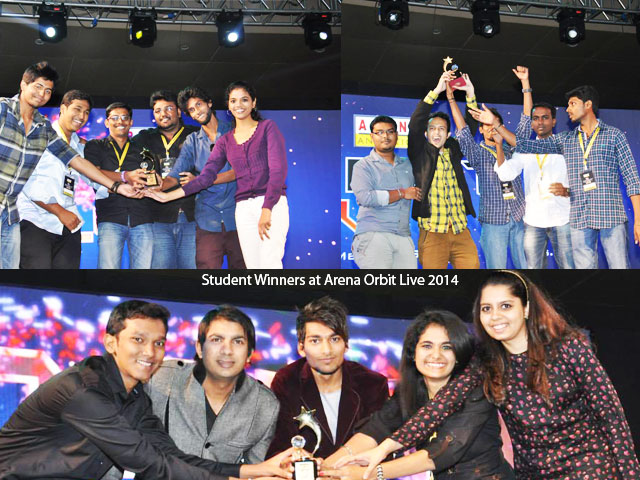 The masters of entertainment, the TRON group from Delhi along with a Jam session with Paint Drumming enthralled the 100+ Industry professionals & over 250 students at the Orbit Live Awards & Industry Honours Night. The ‘art vibe’ was truly enhanced in the electrifying evening, followed by HR outlook to students the next morning, thus concluding the four day mega learning event, called unique by the Industry.

The event was hosted by Kubra Sait. To entertain the crowd, The Grind (Pool Party) Anime Jamoori carnival was organized every evening, imbibing fun learning with masquerade parade, comic tattoos &, talent hunt, contests and much more. 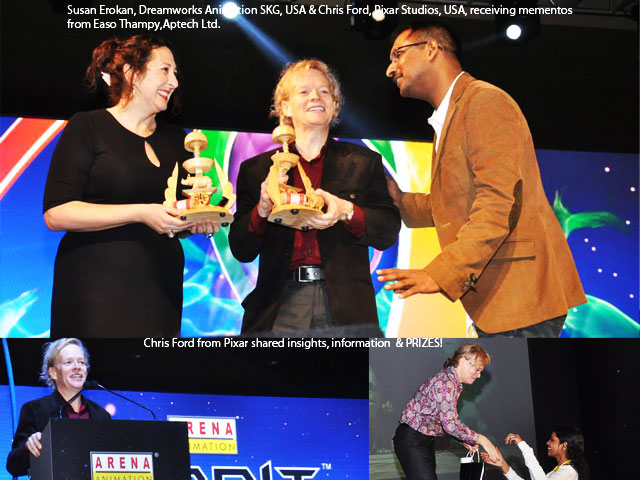