Almost all major events in 2020 have either been called off or moved to virtual edition. Being no exception, the ninth Annual American Documentary And Animation Film Festival (AmDocs) will also be held virtually, on the new DocsNow+ streaming platform dedicated to documentary and animated works from around the world.

Launching today, 25 September, DocsNow+ will screen the 10-day virtual edition of AmDocs to service’s monthly subscribers via website and app. Audiences will be able to watch the event anytime, anywhere, and on any internet connected device. The price point for the OTT platform is $2.99 per month, with no additional rental or pay-per-view fees.

Speaking about this, AmDocs and DocsNow+ director Teddy Grouya said,  “With the surge in popularity of documentary and animated films in recent years, we feel that it’s the perfect time to offer people a dedicated channel to these widely appealing genres. There is such a rich variety of topics, perspectives and even film styles, people who have an interest in learning about the world around them will be endlessly entertained and inspired.” 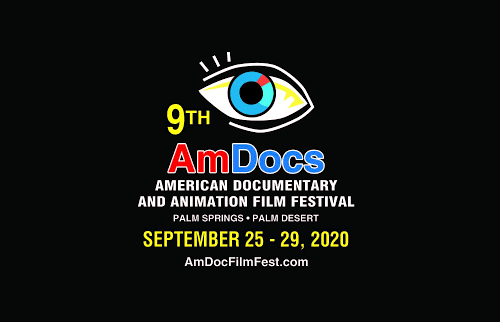 Customers who’ll sign up for the monthly service today will have an unending opportunity to access most of the 250 AmDocs Festival films, including many world premieres. After the festival is over, customers can enjoy a library of hundreds of documentaries and animated works on multiple varied topics from leading filmmakers around the globe. From the visually beautiful to the heartwarming, inspirational, shocking and educational, each film uncovers a slice of real life to the viewer from some of the best visual storytellers out there.

“We’ve always had a vision to expand AmDocs beyond its physical location in Palm Springs, so our development of a streaming service isn’t a result of Covid, but it did provide us with a silver lining for our annual festival audience. Normally, an All-Access Pass to attend the in person American Documentary And Animation Film Festival would cost as much as $225, so this is an incredible way for people to attend the 2020 festival virtually and try DocsNow+,”added Grouya.

To access the virtual edition one must visit https://docsnowplus.com/ or download the app for Android or IOS devices on Google Play, Apple and Roku. A subscriber will need to sign up and films from #AmDocs2020 will be available 12:01 a.m. PDT onwards (12:31 pm IST) on 25 September.