This comes after Song revealed to Animation Xpress (ANX hereafter) in end January that the company is going to surprise its audience and loyal subscribers with great news. As the ambassador, Rahane will be a part of the promotion, marketing, and branding initiative, for the soon to be launched  original animated series based on Cricket.

Commenting on having Rahane on board, Song shared, “India is a country of cricket. It is the nation’s favourite sport and famous cricket players along with Bollywood actors are some of India’s most influential role models. Ajinkya is a top-class player who is loved and respected by the Indian audience, and his Seven million followers on Facebook justifies that. I am extremely happy and think it is very important that such an excellent and famous player has shown interest and has become the brand ambassador of CricketPang. With him, we not only plan to promote the CricketPang series and app but also other initiates, activities, keeping public interest in mind. Through these initiatives, we intend to support cricket by securing scholarships for promising young cricket players in India.”

YouNeedCharacter, a character creation company that creates animated  and educational content, is currently all set to release CricketPang on linear TV and OTT platforms. ANX has learned from Song that they’ve reached closures with a couple of big players (names to be announced soon) in the streaming business. The animated series which is in the final production stage, will be aired in India first, followed by other major countries by the end of this month.

Rahane added, “An animation series on Cricket, Wow! This will be very interesting for children, especially when the narrative is interesting and the characters are cute. I feel an animated series like this will appeal to kids and it is a great way of promoting the sport. It is a fascinating concept that convinced me to associate with the launch of CricketPang in the Indian market. I hope to have a long-standing association with the brand.” 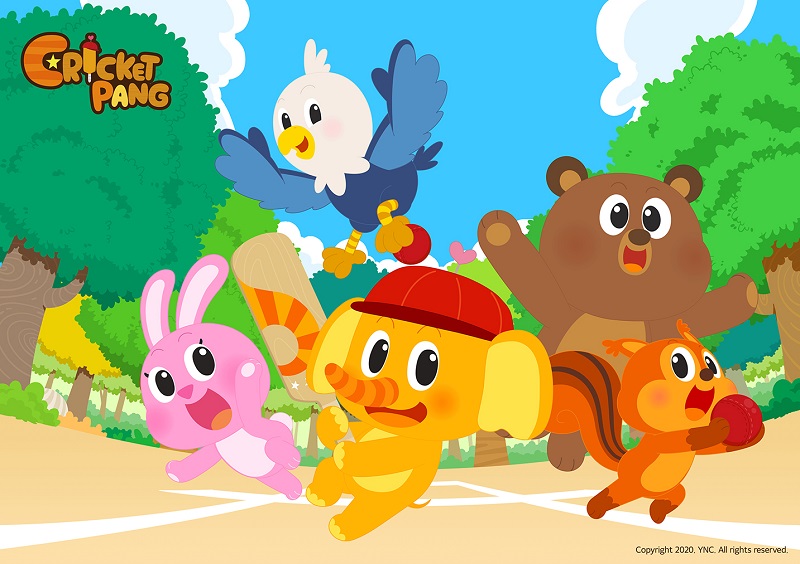 YouNeedCharacter plans to raise awareness in a short period of time by broadcasting the series through local media channels, conducting local marketing, and actively promoting partnerships with various local companies in India. In particular, the association with Rahane is expected to have a meaningful impact on the initial launch process with wider reach and more brand visibility and recognition. A collaboration between a cricket-themed animation series and a star cricketer player is expected to churn out interesting results.

The IP has already gained huge traction and an overwhelming response for the recently launched CricketPang Kindergarten App (an educational app for kindergarten-age children) has received.

Despite the pre-airing of the CricketPang animation, the app has exceeded 100,000 downloads in India within a month of its debut, while CricketPang’s official YouTube channel, ‘CricketPang TV’ that launched in mid-January has already exceeded 18,000 subscribers and four million views! Hence, the scope for preschool edutainment content and platforms that promote the business is quite promising.

Most of the views and engagement on the YouTube channel and app are coming from countries that are passionate about cricket, mainly India, Bangladesh, and others. The possibility for successful commercialisation of the IP across various sectors locally is becoming clearer and easier.

Additionally, Song informed ANX that discussions with major Indian publishers to publish a series of CricketPang storybooks are also in place. “We have almost reached an agreement with a famous publisher in India, and the CricketPang books are scheduled to be published around July,” he mentioned.