A qualifier for the Academy Awards, BISFF has selected a number of amazing animated short films across the globe including a few wonderful animated shorts by Indian animators and filmmakers. 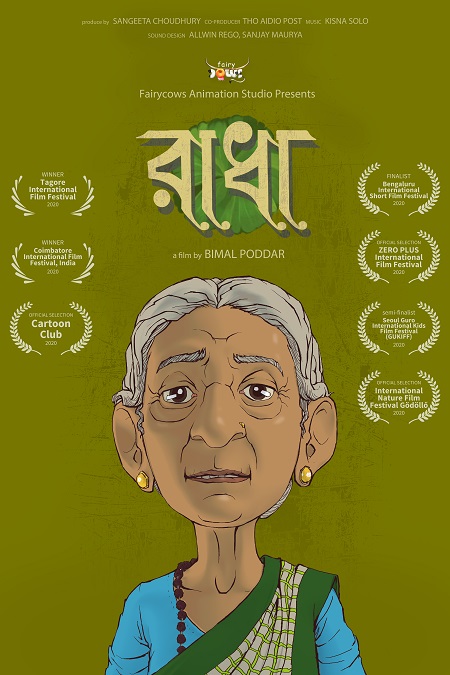 Thrilled by the official nomination, Poddar told AnimationXpress, “It is a wonderful feeling. It’s always good to know that your work is appreciated and enjoyed by the viewers. Hats off to the entire team at BISFF to pull out such a big event during this crisis situation.”

Set in Kolkata, Radha is an emotional ride about love and sacrifice between two distinct characters – an elderly woman (Radha) and a young boy, whom she nurtures and loves him with all her heart. Destiny made them grow apart with time, and thus begins the wait of the titular character to catch a glimpse of him who now stays in a different city.

The story weaves an invisible bond between two people, similar to that of Radha’s wait and ‘biraha’ for Krishna after he left her in Vrindavan according to the Hindu mythology.

Speaking about the concept and the  protagonist of the film, he said, “I had developed the main character during my college years, which was an outcome of my very close day-to-day interactions and experiences with my grandmother. But the concept came into my mind after I lost her. A similar incident occurs during her last days. So the story/concept of Radha is personal. The idea of letting go of a person you love for his/her benefit of the  person has always made me wonder. That’s how the story developed and it’s always easy to identify a character from your personal life, for drawing references for your own character in the film.”

A passionate filmmaker, Poddar completed his animation/design studies from NID, Ahmedabad. He was fortunate enough to do his final project under the guidance of late Ram Mohan and later came to Mumbai. He started his career as a visualiser and eventually went on to found his own boutique studio, Fairycows Animation Studio. Radha is his first attempt as an independent filmmaker/director.

Throwing light on the animation technique which almost looks photo-real, Poddar noted, “Radha is a realistic story, so animation techniques and visual treatment required heavy use of textures and the realistic light play was intentionally created. But, at the same time we tried to keep it simple in terms of storytelling and basic cinematic language, so we avoided all kinds of fancy camera movement, which is easily achievable in 3D space. I even restricted myself from using dissolve between shots, though the film deals with a lot of back and forth movement in time. Initially, we thought of cell animation but finally we ended up with a mix of 3D and 2D techniques which gives an output of traditional hand-drawn 2D look in lesser production time.”

He went on to add that the film is a collaborative effort and it’s their producer Sangeeta, without whose effort they’d be still working on the film. She took care of everything, from arranging artists and technical professionals at the correct point of time to coordinating with the music team, sound team and so on.

“Radha took nearly 20 months of production time with very limited resources due to budget crunch. The pre-production stage took 10 to 12 months approximately, followed by improvisations in the script and storyboard until the very last shot. We used many software but mostly Maya and After Effects. Of course, there was other work in-between which helped us to gather funds,” added he.

The scenes in the animated film are carefully articulated with focus on minute detailing and took precious time to achieve it. The water scenes, especially, deserve a special mention. People living in close proximity to any kind of water body get connected to it. They tend to find a sense of solace and anchor in comparison to its vastness. The importance of the river in the film for the characters is no less, infact, it acts as a common ground or a binding agent connecting both the characters even when they are far from each other. 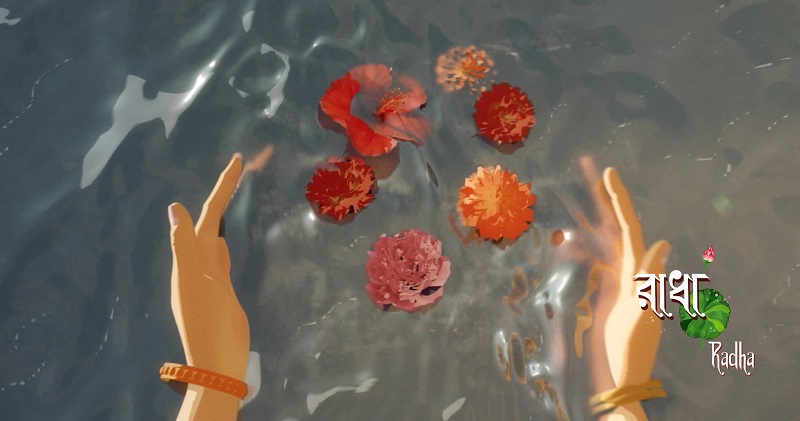 Sound effects and silence play a big part in the film, and the latter is almost like an invisible character speaking volumes. “Sometimes objects express better emotions than characters. All the details in the film are a result of that thought, in particular, I love adding details. I prepared a scratch sound during the storyboard stage, because I had a lot of things to say through sound as there is no dialogue in the film, and that actually helped me to explain in a better way, the sound team rather than giving them notes. I am very fortunate that Alwin and Sanjay came on board. They embraced the film as their own and took it to another level. Kisna Solo had come up with a different approach altogether for the music which is very cinematic and larger in scale which I hadn’t thought of. His input left me astounded. I think people, who are associated with Radha, connect with the content, hence every one gave inputs from their own experience,” informed Poddar. 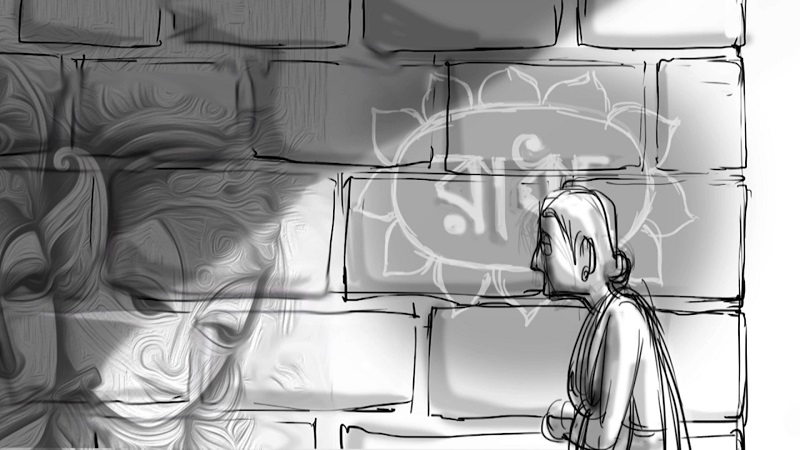 Radha represents an old, lonely lady from every household in present times where children leave their roots for a better prospect, career, and lifestyle. There is nothing wrong in it, but the older ones of the families are left alone and they have nothing else but memories of gone by days to fall back on.

Radha is, thus, an ode to the ones who wait for us back at home, and will continue to do so with love. And most times, ‘HOME’ is a pair of eyes or hands always ready to pick you up when you falter. Home is a person that makes everything worthwhile. Being a Bengali away from home for a year myself, Radha somewhere resonates deeply and touches a vulnerable chord.

The animated film is about the love and devotion between these two characters. Losing someone is hard and we as humans always repent or regret our actions when the person is no more. “We should respect, nurture, and celebrate all our relationships as son/daughter, brother/sister, father/mother, and friends – unconditional and pure love never dies, it is eternal. We never lose them whom we truly love; they are standing by our side even when we cannot see them. Who truly love us never leave us, the eternal bond between two people with such love never breaks,” concluded Poddar.

Radha almost resembles Vladimir and Estragon from Waiting for Godot, whose ‘Godot’ too (read person of longing) never comes and she passes away waiting.