Recently Chicago-based developer NetherRealm Studios and publisher Warner Bros. Interactive Entertainment dropped the official Mortal Kombat 11 Kitana reveal trailer, featuring the 10,000-year-old princess for the first time to PlayStation 4, Xbox One, and PC players. For the unversed, Kitana was confirmed earlier this week, but this is our first meaty look at the character, her combat style, and her fatality.

In Mortal Kombat 11, Kitana will always use her trademark fans. She’ll retain many of her classic moves, including her square wave attack. Kitana also has some new moves of her own, some of which are dance-inspired, like one in which she enwreaths herself with a vortex of fans.

The 10,000-year-old princess of Edenia grew up believing she was Shao Kahn’s biological daughter and served as one of his deadliest warriors When Kitana learned the truth, she fought against Shao Kahn’s attempted conquest of Earthrealm, eventually dying in battle. After being resurrected as an evil revenant version of her former self, Kitana now rules the Netherrealm alongside revenant Liu Kang, dedicated to the destruction of all the realms 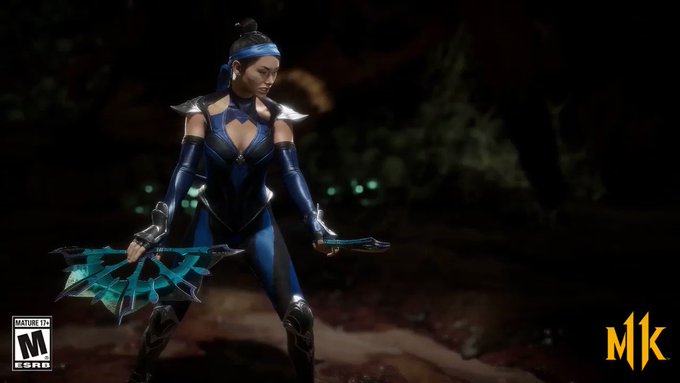 Kitana’s new fatality is a wicked one, and according to most fans, far outclasses what she had in Mortal Kombat X.

In addition to revealing Kitana, NetherRealm Studios also gave glimpses of some new gameplay of D’vorah and Cetrion. Mortal Kombat 11 is due to release on 23 April via the PS4, Xbox One, PC, and Nintendo Switch. It is always refreshing to see female lead characters as strong and fierce as this one